Not all Lumia devices will receive Update 2

Update 2 for Windows Phone 8.1 which was originally planned to come to all Lumia devices in early 2015, is now no longer a priority for Microsoft. Although the company has shifted its efforts toward the Window 10 Mobile development, Lumia 640 and Lumia 640 XL arrived with Windows Phone 8.1.2 pre-installed, while some other Lumia phones are expected to receive Update 2 (GDR 2) in the coming months.

According to sources at Microsoft asked by Neowin, Nokia Lumia 730, 735 and 830 will be in the list with supported devices for Update 2, but the update distribution will vary according to markets and carriers. US devices are more likely to get this update because of recent changes in US laws regarding anti-theft protection, as this is one of the new features included in GDR 2.

Other new features in Update 2 are Video over LTE, Start tile layout restoring from a backup, new phone languages, VPN settings changes, and other minor tweaks.

Microsoft hasn’t yet completed the distribution of Lumia Denim (Update 1) and today we will be able to install the second Preview build of Windows 10 Mobile through the Windows Insider program, so it is reasonable to guess that Update for W8.1 is no longer a major focus for Microsoft. We are far more curious to learn about all novelties included in Windows 10 which will go live today at 10 AM PT, 6 PM London. 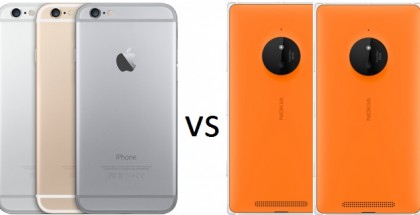