Microsoft has just made Windows Phone 8.1 available for developers and now we have a list with all changes and improvements discovered so far. As expected, Microsoft brings Windows Phone and Windows RT a step closer, as version 8.1 of the mobile OS comes with ‘Universal App’ support. It lets developers built apps on both platforms using a unified HTML and Java code hence Windows Phone and Windows RT can run almost identical applications. In addition, Microsoft has changed the app format in 8.1 to .appx, the same used for Windows 8 applications.

Windows Phone 8.1 will let users change their default messaging app, a customization option available for Android. A new feature called ‘Battery Power Sense’ lets users monitor and track their battery life. VPN support has been added, while a new ‘Storage Sense’ lets users install apps on microSD cards. In Windows Phone 8.1, SkyDrive renames to OneDrive, as Microsoft was forced to rebrand its service after a trademark case with Sky. There are separate Music and Video apps and a new podcast app. 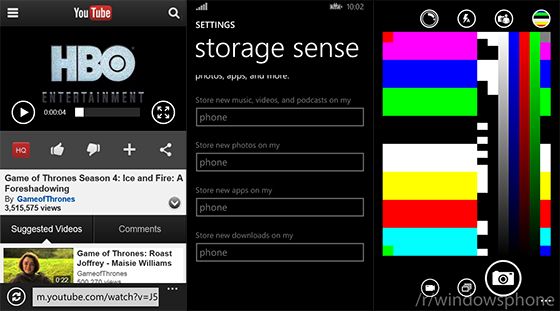 Windows Phone 8.1 comes with some multitasking changes. The back button has a new function, as developers report it no longer terminate the apps, but suspend them in the background. To close applications users can swipe down apps, or tap on the close button introduced with GDR3. Microsoft improves its built-in camera app and makes it look similar to Nokia Camera with more settings, lenses, flash and quick camera selection (front/back). Separate volume controls have also been added. 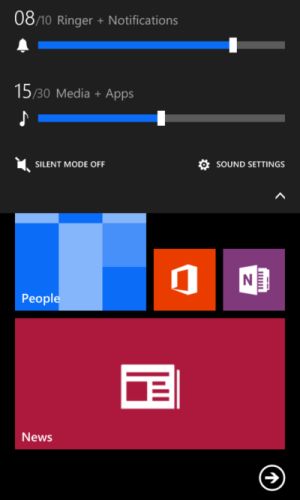 Account settings have been changed. Microsoft has added an iCloud option, while built-in Facebook integration has been removed. Internet Explorer updates to version 11, bringing simple play on YouTube videos and other changes.

Windows Phone 8.1 SDK includes on-screen buttons support, which allows manufacturers to create phones without physical navigation buttons. New screenshots reveal that the on-screen buttons can be hidden or reactivated by swiping down or up from the bottom of the screen.

At the same time, some of the features expected in Windows Phone 8.1 are not present in the SDK. A notification center and a voice-assistant Cortana could be unveiled at Microsoft’s developer conference in April 2014, where the company will present the final version of Windows Phone 8.1.