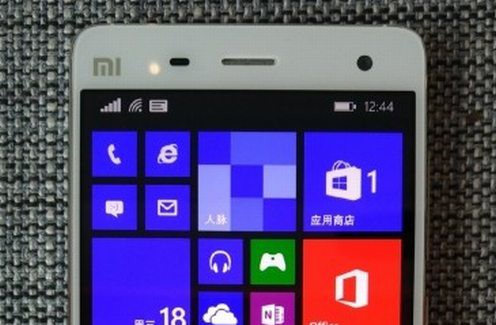 The official Xiaomi forum will soon release a Windows 10 ROM so any Xiaomi Mi 4 user will be able to download and install a version of Windows 10 Technical Preview for phones. The version for Xiaomi is newer than the current preview build that is running on some Lumia phones, because we can see LED notifications at the top of the Mi4 next to the Xiaomi logo. LED notifications are expected to arrive to Windows 10 Preview with the next build whose screenshots has already leaked.

With that in mind, we shouldn’t wait more than a few days (or probably hours) to the release of the second public build of Windows 10 for Lumia phones.

“Wanna try out the latest features of Windows on your Mi 4? Stay tuned and we will release the ROM Pack soon in the MIUI forum. Always believe something wonderful is about to happen. “

The post is followed by a poll asking Xiaomi users if they want Windows 10 to run on their Mi 4. The results speak for themselves: 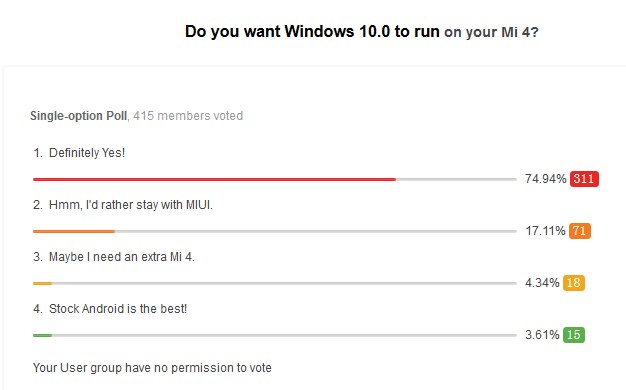 The Windows 10 ROM pack for Mi4 will be released very soon through the Forum page so we will update you once it becomes available.

Xiaomi Mi4 is the first Android phone that will run Windows after installing a special ROM. Microsoft will expand the Windows Insider program to more Android models in the coming months. 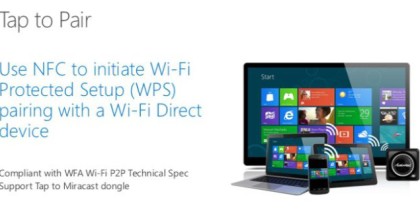