Microsoft to release cumulative updates for PC and mobile

A few days ago, Microsoft released build 10586.242 to Insiders on the Release preview ring, but this compilation hasn’t yet been pushed out to the Production devices. Now it seems that there are two newer builds which are candidates for the official roll out tomorrow (May 10).

The first one is 10586.312, but there is a newer build complied on May 5 – Windows 10 Mobile 10586.318. Microsoft will probably release one of these two builds tomorrow (most likely .318) as an official cumulative update for Windows 10 Mobile and Windows PC.

These cumulative updates, part of the Threshold 2 branch. include many bug fixes and improvements for both mobile and desktop. After the update tomorrow, there will be only one major update (in early June) for the current branch, before the company starts rolling out the Redstone update to production devices in late June. 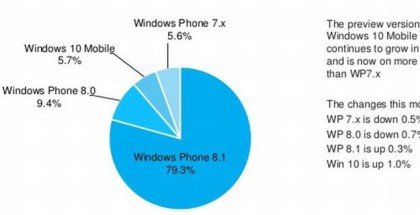