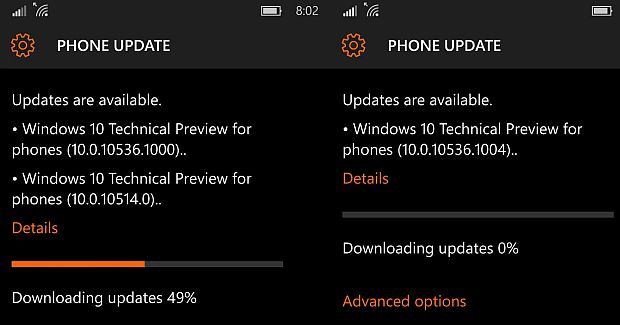 Here are my first impressions of Window 10 Mobile Build running on Nokia Lumia 920. The version number is 10536.1004 and if you upgrade a device from build 10512 you have to install two big updates.

Keep in mind that you’d better hard reset the device after 10536.1004, restore a backup, wait to install and update all apps. Add 2-3 hours more to the process and you have 6 hours in total… ouch!

Maybe it was a better idea to roll back to Windows Phone 8.1 using the Recovery tool and then get directly the new build to skip the interim update.

Here are some of the improvements and changes I found in 10536:

Overall, the new build feels much like the previous one in terms of stability and speed. Some bugs have been fixed, but there are new problems – like visible animation lag when switching between apps in multitasking, which was not present in build 10512.

It is safe to assume that the new build could be used on a main phone, especially if you are an enthusiast willing to test pre-release software. I however, do not recommend installing Preview builds on lower-end phones with 512MB of RAM… not yet! 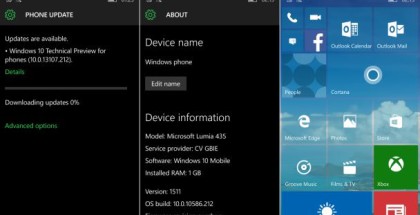