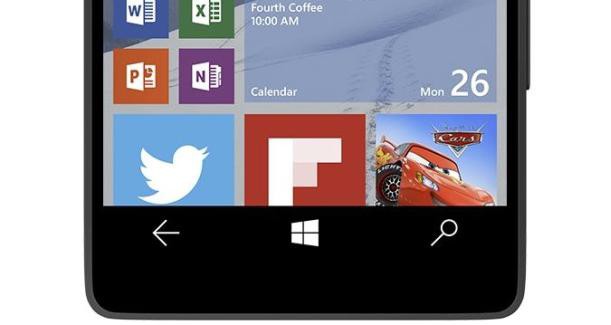 Microsoft revealed Windows 10 for all devices

Microsoft presented today its new unified platform for all devices – PCs, tablets, smartphones, and of course phones. As expected, the mobile OS, also called Windows 10, will replace the old Windows RT and Windows Phone platforms and try to take the best features of the two.

Windows 10 for phones and small tablets (below 8 inches) will be available to all current smartphones and ARM based tablets as a free upgrade, and all registered insiders will be able to install the first Preview build in February, months ahead of the official launch some time later in 2015.

Whilst Microsoft’s main focus during the press conference was not phones, but the ecosystem as a whole, we did find a couple of exciting novelties in this early build on smartphones. Of course, many smaller features and improvements could have been hidden in Windows 10, while others could arrive later with regular updates to all devices on the Preview.

The new, seamless experience across devices has been demonstrated, as well as the first real universal apps transferring content and experiences between all devices running Windows 10.

Window 10’s Action Center will sync with your PC and show all notifications. Once you’ve dismissed a notification it disappears on the other device. Another cool functionality coming to the Action Center of PCs, phones & tablets are the possibility to interact with the app via expanded quick settings, without opening the main app. For example, you can respond to messages directly from the notifications in the Action center.

With Windows 10 for phones you can move the keyboard around and dictate after tapping on a new microphone icon at the top. Yet another new feature is an integrated messaging hub that can combine SMS, Skype and any other messaging apps in the future. 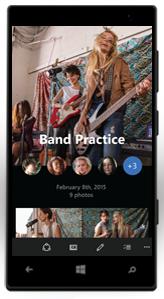 There is a brand new touch-optimized Office, new Outlook, Calendar, People, Music and Photo apps, which are all universal apps for all Windows 10 devices, offering the same features, design and user experience across all types of devices.

The new web browser Spartan has been also demonstrated and it looks quite promising. It offers many cool functionalities some of them never seen in browsers before – integration with Cortana voice assistant with voice commands, smart search, note taking within the browser, reading more, and a synced reading list available on all Windows 10 -powered devices.

In terms of overall design philosophy, Windows 10 is not much different than the current Windows 8.1 version for the phones. In Windows 10 you will be able to set a full background image behind the tiles on the start screen, and there is a brand new universal Settings menu with a much better organization.

Windows 10 for small screen devices will be available to download from Windows Insider users in February. The new universal apps and settings will be included in the first builds, while Spartan web browser will come a few months later.