Mobile gaming has come on in leaps and bounds over the past few years, with developers pushing devices’ technology to the limit. Gone are the days of pixelated characters with jerky movements and in come jaw-dropping graphics that would not look out of place on one of the modern-day consoles.

Today’s phones and tablets give us access to a world of entertainment that was previously resigned to computers and consoles. They are that powerful that you are no longer confined to searching for sportsbook bonuses only, you can take control of your favorite sports teams and players and create your own history from the palm of your hand.

After all the drama of the recent Abu Dhabi Grand Prix that saw Max Verstappen overtake Lewis Hamilton on the final lap to become Formula 1’s World Champion, it is unsurprising to see gamers downloading F1 Mobile Racing to their Android and iOS-powered devices. F1 Mobile Racing is the official game of Formula 1, so expect to see all the official tracks and drivers. There are high-stakes, limited-time events to play, where you earn big rewards for finishing on the podium. With global leaderboards to try and win, F1 Mobile Racing is a must-play game for any petrol head.

Fancy Yourself as a Manager?

Every association football fan who has ever kicked a ball in anger has harbored dreams of managing a team and guiding those players to glory. You can do this with the excellent Football Manager 2021, available on most mobile platforms. Football Manager 2021 has unrivaled levels of realism and makes it possible to manage one of thousands of teams worldwide. Apply your own tactics, negotiate contracts, and look for the next global superstar on the transfer market. The game retains most of the strong points from the PC version, which is a pretty impressive feat in its own right.

Fans of American Football need to look no further than Madden NFL 21 Mobile Football for their gaming needs. Available on Android and iOS, Madded 21 Mobile Football reigns supreme when it comes to mobile football gaming. Create your own team or play as one of the seasoned NFL franchises and try taking them all the way to Super Bowl glory. You need to be quite a dedicated fan because there are a plethora of tactical options, especially in the new GM Mode, but the hard work is worth it. The only negative about the game is how it tries to force your arm and make micro-transactions. It is very typical of EA Sports to do this, but also common in free-to-play games on any platform.

Skateboarding and snowboarding games are immensely popular, even with players who have never even stood on a board. You only need to look at the long-running popularity of the Tony Hawk series, SSX, and Amped to see how popular boarding games are. Snowboard Party World Tour is as close as you will get to SSX and Amped on your mobile. The graphics are superb, the soundtrack works perfectly with the action, and the four game modes have something for everyone. You even find an online multiplayer mode that allows you to lock horns with fellow players.

If you want to stay on more solid, less snowy ground while on your board, try Touchgrind Skate 2. This is a skateboarding game with a difference, that difference being you control fingerboards, not actual skateboarders! We all had tons of fun with fingerboards growing up; now, you can flick and trick to your heart’s content with this awesome mobile skating game.

This is the most recent story. 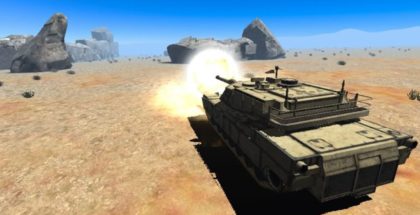 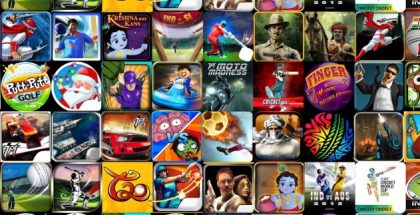