Since Softcard and Google removed the only Windows Phone app for NFC payments, US customers have been unable to use the ‘Tap To Pay’ feature on their phones. In theory, Windows Phone 8.1 still allows NFC payments, but as this feature is dependent on carriers, payment providers, and hardware (secure SIM cards), we are in a situation where NFC payments are no longer possible on a Windows Phone.

Fortunately, Windows 10 will bring a lot of changes, improvements and new features, to allow you to pay securely with any NFC enabled phone on any supported POS and without need of a third party app, a special SIM card, and the goodwill of your carrier. All this will be possible thanks to Host Card Emulator in Windows 10 and support from VISA and MasterCard. 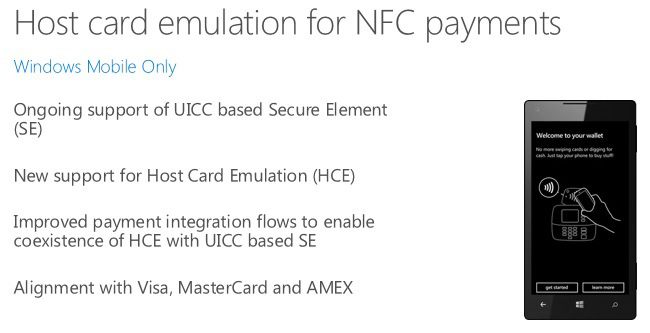 But not only Tap To pay feature will be improved, as Windows 10 will include a function allowing you to Tap to pair with Wi-Fi direct device and Miracast Dongle.

Other changes in Windows 10 include open APIs to allow third-party apps to use settings like Bluetooth, Wi-Fi, Networks, and more. 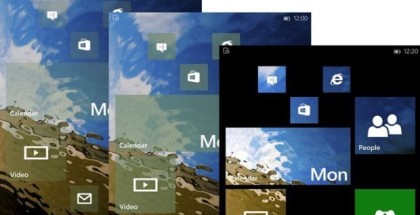