SFR France to release Windows 10 for Phones in October/November

The French Cortana will launch alongside Windows 10 Mobile

We previously informed about the possible official launch of Windows 10 Mobile in late September / early October. According to this past rumor, Microsoft is expected to deliver the final RTM version of Windows 10 to all partners by the end of September, which in turn, should update their devices within the next few months.

Now the large French Telecommunication company SFR confirms the previous rumor that September is a realistic time for Microsoft to finish the mobile version of Windows 10. SFR France has posted a roadmap of all planned updates and according to the table, Windows 10 Mobile should begin rolling out to the carrier’s smartphones in late October or November.

Microsoft is expected to present a new generation of Windows 10 devices in September at IFA, from September 4 to 9, 2015 in Berlin. The company may reveal at least two high-end and two-mid range models, and demonstrate the final version of Windows 10 for Phones.

Meanwhile, Microsoft France announced that the French version of Cortana would be coming in beta form alongside Windows 10 Mobile. 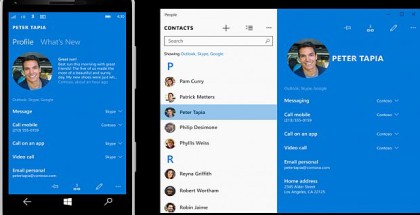