Olivier Berni, one of the app’s developers, had this to say:

“When we looked at other password managers available for Windows Phone, we realized that they just weren’t intuitively designed. Having spent years designing intuitive interfaces for our Apple and Android versions, we knew we could transfer that experience to the Windows Phone platform and come up with a design that was sleek, simple and easy to use. For example, we made sure that elements within the app, like cards and categories, were neatly embedded in a clean and self-explanatory background, so users can enter their information with a minimal learning curve.” 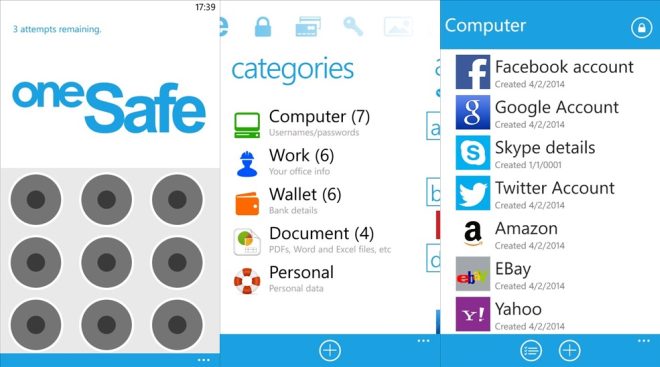 oneSafe for Windows Phone comes with over 100 ready-made templates allowing users to quickly enter passwords, credit card numbers, PINs and all kinds of other personal information. Once locked away inside the app, this data is protected with the highest level of encryption that exists; AES-256.

The app also comes with a range of other features that make it stand out from the crowd as a truly top-of-the-range password manager. For example, as their “master passcode” to enter the app, oneSafe allows users the option of tracing a specific visual pattern on the screen. It’s the only password manager for Windows Phone to come with this option. Plus, oneSafe has its own password generator, allowing users to create super-strong passwords to make their internet accounts virtually unhackable. 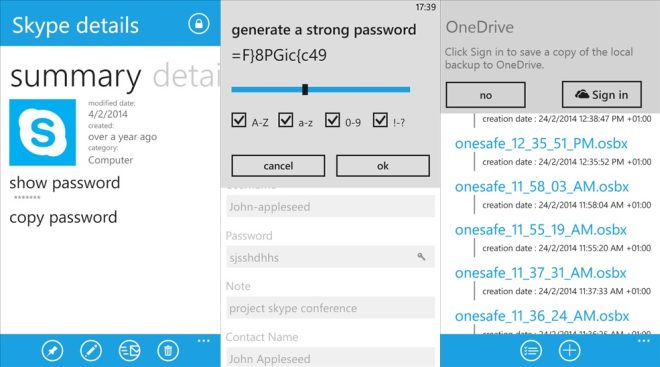 Another highlight of the app is its integration with oneDrive, allowing users to back up their data online and even share it with their iOS and Android devices.

You can download oneSafe password manager for Windows Phone from the link below. The app costs just $2.49. 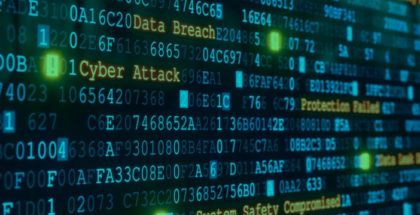 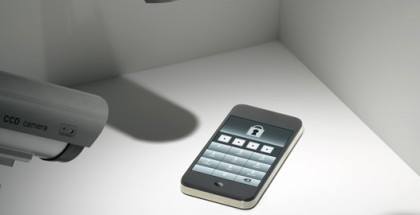 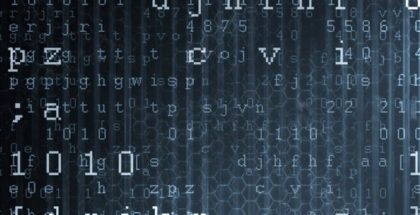 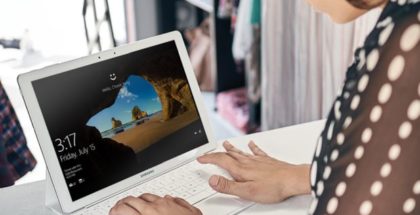