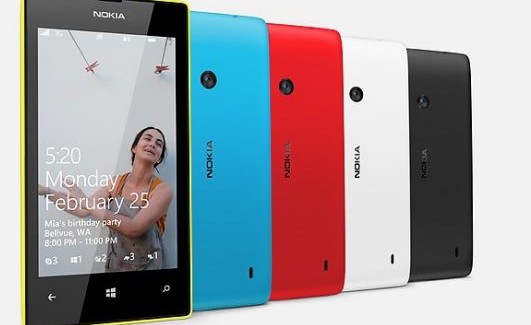 Nokia is reportedly working on a real successor to its best-selling Lumia 520. According to a new post on Twitter, Nokia will release the low-end Lumia 530, codenamed ‘Nokia Rock’. With Lumia 525, Nokia didn’t bring significant improvements over the 520, but Nokia Lumia 530 could be something different as many analyzers believe it would have a higher resolution and a faster processor. The phone will run the upcoming Windows Phone 8.1 update, while the ‘Rock’ coding could refer to something interesting in terms of design or music capabilities.

In the light of Lumia 520’s total success in 2013, Nokia will probably try to deliver something fresh and inexpensive to the market in 2014. These affordable handsets have become really popular in the emerging markets and the most popular Windows device (520) still has an impressive 33% market share from all active Windows Phone handsets.

Recently, we heard about the high-end Lumia 930 and low-budget Nokia Lumia 630. All these devices plus the Nokia Rock are likely to debut in April alongside the Windows Phone 8.1 update.