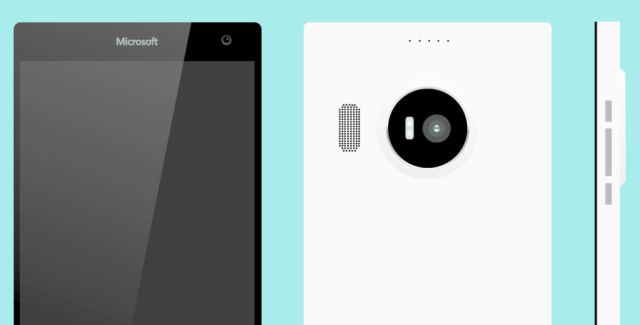 Windows Central has revealed new information about the Microsoft’s high-end Lumia phones codenamed Talkman and Cityman. The report has confirmed once again the alleged specs circulating the Internet in the past few months, but also adds some interesting new information on design, accessories, exclusive features and release date.

The confirmed specs for Lumia 950 a.k.a Talkman are:

Both phones, whose final marketing names are yet to be decided, are said to be very thin (7-8mm) and light. They have completely square bodies and massive removable batteries. The front glass is not curved, but covers the entire front. Volume up /down buttons are separated by power button. There is a dedicated camera button. The mockup of Lumia Cityman (Lumia 950 XL) you can see below is a combination of all eyewitness reports, internal documents and sketches: 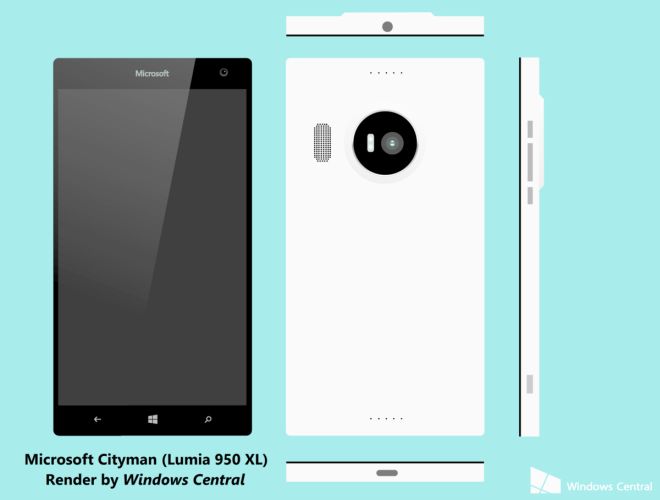 WC is also reporting about optional accessories for Cityman (Lumia 950 XL). A Surface Pen (very similar to that available for the Surface 3 tablet) and a Smart cover will be sold separately.

Both phones will support Continuum feature, but an accessory will be needed to connect a mouse, keyboard and display. The accessory has a codename Munchkin and will cost $99.

Both phones have an Iris scanner and Windows Hello feature that unlock the device through scanning your iris, but the feature won’t be available at launch and will be enabled via a software update one or two months after the official launch of the smartphones.

The report claims that the Lumia flagships could be presented at IFA in early September, with sales beginning in October / November.