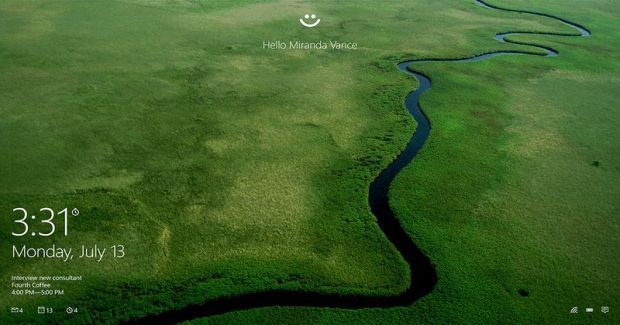 The upcoming Windows 10 for PCs, tablets and phones will allow users to sign into their devices using a biometric authentication technology called ‘Windows Hello’. It will replace traditional passwords or PINs in the new Windows 10 devices that have sensors scanning and analyzing faces, irises and fingerprints.

Current Windows 10 PCs with fingerprint scanners will be able to use Windows Hello for authentication once Windows 10 becomes generally available in late 2015. Future PCs and other devices will support Windows Hello thanks to an Intel 3D camera that scans irises and faces allowing users to gain access to their machines without passwords. Windows Hello meets the highest security standards and biometric data is secured locally on the device instead of transmitted through the Web.

Another interesting new feature in Windows 10 is called Passport. This technology will allow Windows 10 users to authenticate themselves to services like apps and websites without entering and sending passwords. Instead, the Passport feature requires a verification using a PIN or Windows Hello on a supported device. Once users complete the verification process they can access websites and apps without sending a password. ‘Passport’ works with thousands of services at launch as Microsoft has joined the FIDO alliance for password-free authentication.