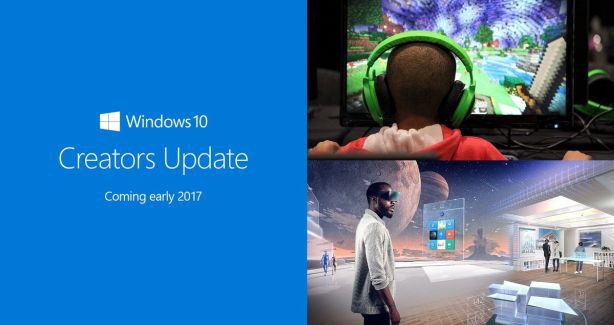 The first update in 2017 to focus on creativity

Microsoft revealed details about the upcoming Redstone 2 update for Windows 10 which has been officially named ‘Creators Update’. As the name implies, this update will be focused on creativity and professionals working with 3D. Windows 10 will bring 3D content to everyone through an integration with core Windows apps, including Paint 3D and Power Point. Windows 10’s Creators Update will also improve the gaming and the social connections with people that matter most.

During the presentation, Microsoft has not revealed new features specifically designed for Windows 10 Mobile, but it showed a Windows smartphone scanning 3D objects in real time via the camera.

Microsoft also announced a new Surface Book with improved hardware and even higher price ($2399) – with i7 processor, 3 times better graphic performance than the MacBook Pro, and up to 16 hours of battery life.

Surface Studio is the newest member of the Surface line, designed for content creators and designers who can turn their desk into a studio, drawing and writing directly on the 28-inch display. Surface Studio has the thinnest LCD monitor to date (12.5mm) with the best color precision. Microsoft will sell three hardware versions of the Surface Studio, starting from $2,999.

Not seeing Insider build 14955? Here is the solution

Windows’ Contrasting Gaming Platforms: A Matter of Accessibility and Necessity

The Creators Update is now rolling out officially to users on Windows 10... April 12, 2017 | Michael