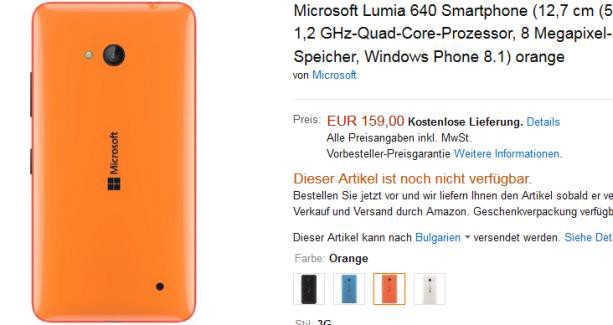 You can pre-order the new Windows Phones in Europe

Microsoft’s latest phones, Lumia 640 and Lumia 640 XL, are now up for pre-orders through Amazon Germany and Amazon Spain. Information about shipping date is yet to be published, but we think that the first shipments could be made to customers within a two weeks’ time.

Prices of the Microsoft Lumia 640 and Lumia 640 XL depend on which version you will select before submitting an order, and where do you live, because the new phones cost a bit more in Spain (up to 10 EUR for each variant).

The 5-inch Microsoft Lumia 640 comes with an HD screen and 8MP camera (no Pureview and OIS), but an access to Lumia Camera 5 with Dynamic Flash and HDR-mode. This phone costs €159 for the 3G version, and €179 for the model with LTE support. 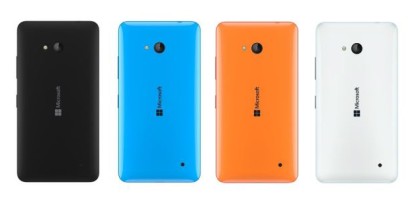 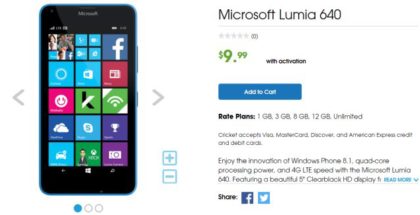