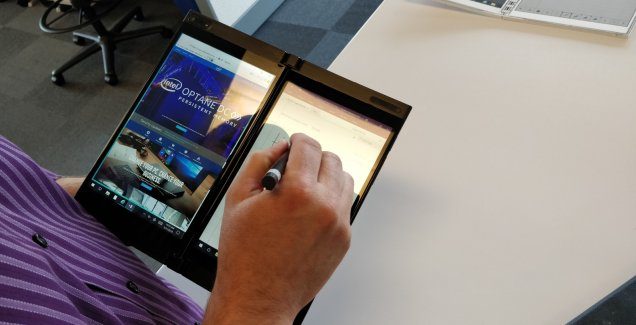 A number of big manufacturers like Dell, Lenovo, Samsung and others are experimenting with new design prototypes and concepts in attempts to create the first ultra-pocketable PC/smartphone hybrid. Microsoft itself is rumored to be working on a device codenamed Andromeda, for which we’ve been talking here for a while. However, now we can see a similar concept by Intel.

Intel has created a reference prototype with two screens and a hinge that allows the device to be folded or unfolded when needed. The concept can have a virtual keyboard on one screen, allowing you to use the device as a laptop, and type on it as such. 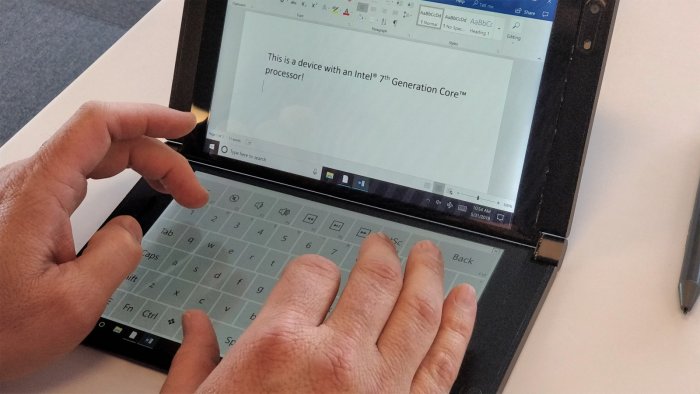 Other manufacturers are also exploring the idea of releasing dual-screen hybrids with Windows 10 and ARM/Intel processors. To boost the performance of Windows-ARM devices, Qualcomm promised that Snapdragon 850 chipset will come in late 2018, offering increased power-efficiency and better productivity.

Would you be interested in such a foldable device if it’s side is similar to a smartphone, let’s say around 6 inches?