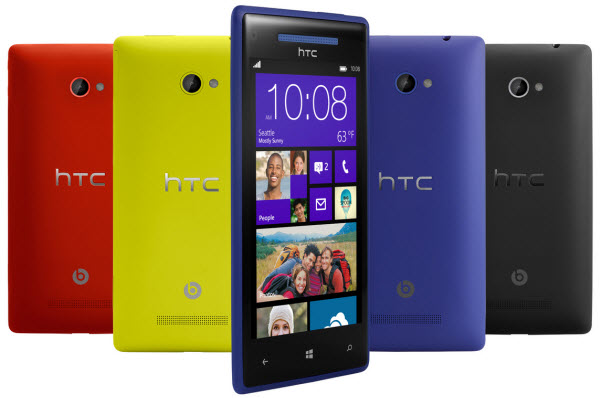 Released in October 2012, the HTC Windows Phone 8X has embraced the new Microsoft’s operating system with the ambition to compete with the leading Windows Phone manufacturer to date – Nokia.

The HTC Windows Phone 8X has an unique shape, recognizable from any angle. It measures 10.1 mm thick but it looks thinner than it actually is. HTC has designed the Windows Phone 8X with rounded corners – the phone feels quite good in hand. HTC describes its creation with these words: “The most comfortable phone you will ever hold”. Well, we could not agree 100% with the statement, but the device is not so bad in touch. It has kind of a nice grippy texture on the back case with a D-shape fitting perfectly to the palm.

The camera key and the volume button are positioned on the right while the power button is placed on the top of the phone. Despite the fact the HTC Windows Phone 8X has just a 4.3-inch screen it looks taller than the 4.7-inch HTC One. That means the 8X has a smaller working screen area, but it has the same height. Overall, the phone is lighter, thinner and better looking compared with the Nokia Lumia 900. Along the top there is a front facing camera and a little LED charging indicator. 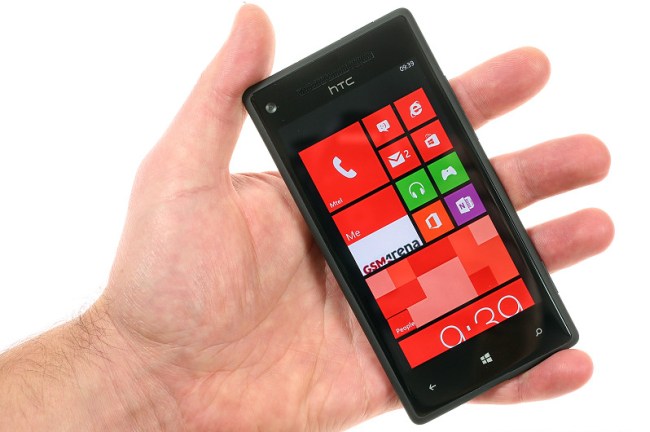 The phone arrives with a 4.3-inch Super LCD-2 panel with the Gorilla Glass 2. HTC has combined perfectly the rounded shape of the phone with the curvature of the glass and the display has an excellent viewing angle. The pixel resolution is 342ppi, which makes almost impossible to see the dots on the screen unless you have a good magnifying glass. Actually, the display is one of the dramatic improvements in this new HTC Windows Phone 8X which became possible after the Microsoft’s resolution upgrade of their mobile operating system. The handset has one useful feature connected with the display – the auto-brightness option let the phone determines its own brightness based on the calculation of the ambient light. Overall, the display remains readable even under intense sunlight. 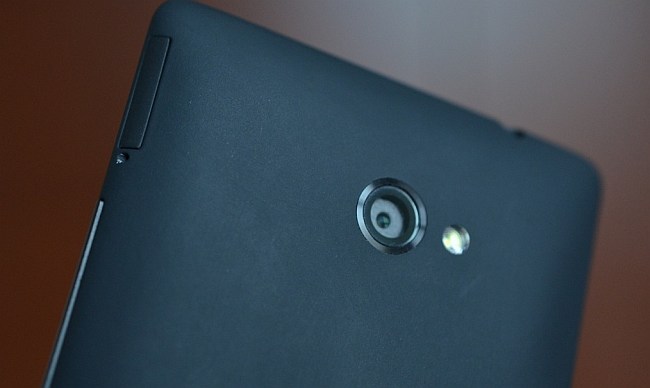 HTC Windows Phone 8X has an 8-megapixel sensor positioned into the center on the back side of the phone, a wide aperture f/2.0 lens and the ImageChip processor. The result is an average picture quality with some detail loss if you watch the image in full resolution. The results in low-light conditions are not so bad – there is a backside illuminator that improves the camera performance. At the same time, the LED flash whitewashes if the object is too close, resulting in less-natural pictures.

The camera performs much better in video recording. It has zero motion blur with a perfect frame rendition, which allows you to pause and still read the details. The front-facing shooter has an 88-degree field of view of the camera – especially useful in group photos or video calls when you want to capture more in the frame. Despite it can shoot 1080p videos, the front camera delivers low quality videos with plenty of motion blur. 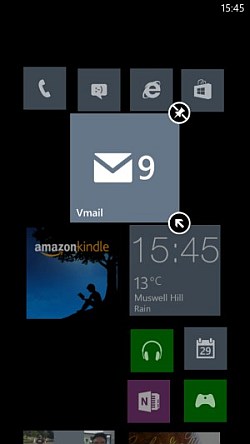 The HTC Windows Phone 8X has a dual-core 1.5 GHz chipset and 1 GB of RAM. This is an upgrade compared with the HTC Windows phone 7 devices using 1.0 GHz processors. Powered by a non-removable Li-Ion 1800 mAh battery, the phone has enough power for an average daily usage, lasting at least 24 h between charges.

In the test, the HTC Windows Phone 8X showed good voice quality and troubled-less data transfer. The phone has the Beats Audio processing which can be turned off and on inside the settings menu.

As you can guess, the device runs the latest Windows Phone 8 operating system. HTC’s 8X offers you almost pure Windows Phone experience with a few extra features from HTC. Among them are the Beats Audio, HTC app (provides news, weather forecast and stock prices) and Photo Enhancer app (adds different filters to your images). The platform is enriched with some ringtones and HTC homescreen wallpapers.

HTC Windows Phone 8X offers a good combination between hardware and software features. It has an HD screen, a unibody case, a dual-core processor, the Beats Audio processing and the latest Windows Phone 8 platform. The device can attract anybody who wants a compact phone with good characteristics. HTC 8X shows the full potential of the Microsoft’s platform, but Windows Phone still has a long way to uproot user from their established operating systems. If you want a Windows Phone 8 device, HTC’s 8X flagship is among the best options available and you will get a good value for the price. 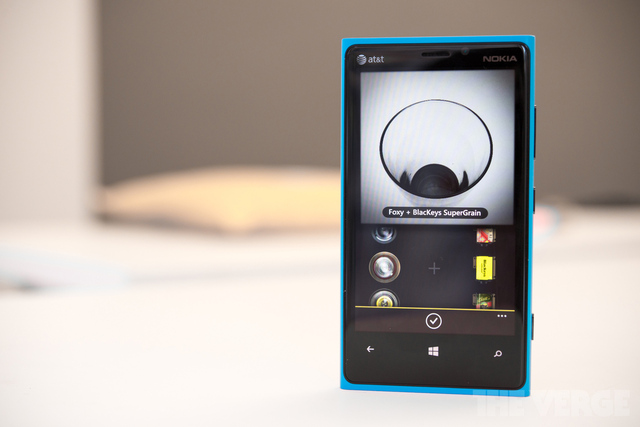 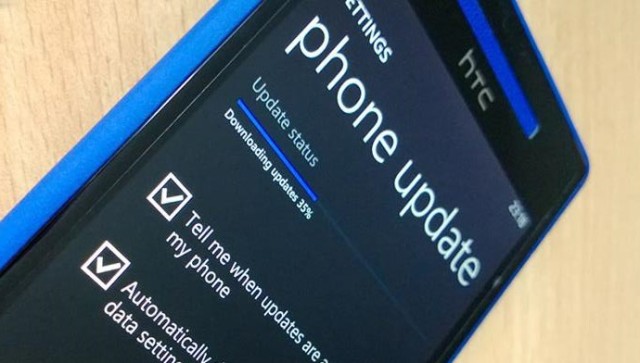