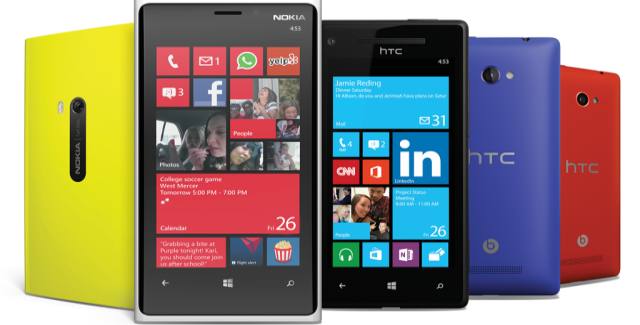 The new report by AdDuplex reveals interesting trends and market statistics about the active Windows Phone devices. Data obtained on December 22 from 4832 apps shows the Nokia Lumia 520 is still the most popular Windows phone worldwide with a share of 25.4%.

Eight of the first ten most popular Windows smartphones are low-end to mid-range devices, and the only two premium members are the outdated flagships – Nokia Lumia 920 (5%) and Lumia 925 (3.3%). There is only one WP7.x Lumia in the top ten list (Lumia 710) as the Lumia 800 has finally dropped out of the ranking. Nokia Lumia 630 continues to grow in popularity to capture an 8.1% share taking the second place, while the new Lumia phones (830, 735, 730) have shares below 3% and cannot be seen in the top 10 list.

As far as Windows manufacturers, Nokia retains the top spot with 95.5%, while HTC accounts for just 2.8% of all smartphones. It is interesting to see the ‘Other’ section growth with the help of many new low-cost manufacturers in developing markets.

Windows Phone 8.1 is now installed on 57.9% of all smartphones worldwide, but the share of the new version varies by country. For example in the Netherlands more than 75% of all users are enjoying the latest Windows version, while in South Africa the number is just 31%.

Finally, AdDuplex has noticed two unannounced smartphones for which we have already informed you – a 4-inch Microsoft Lumia and a 4.7-inch LG smartphone with a resolution of 854 x 480. 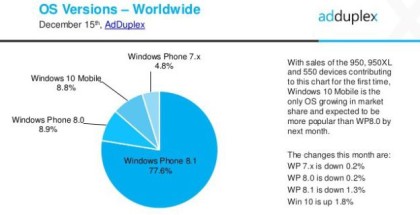 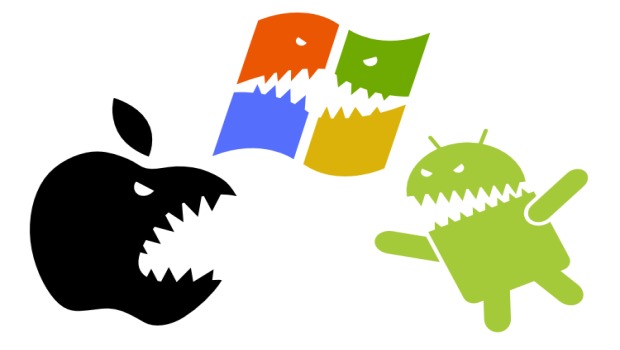 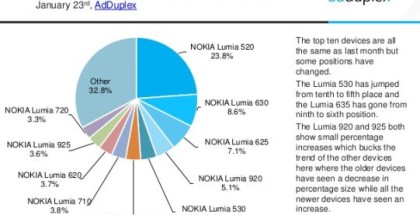