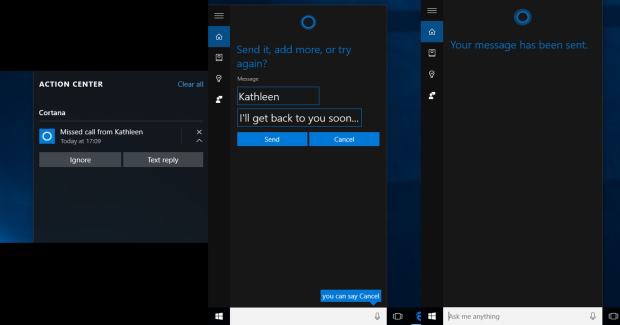 Phone and Desktop to be even more connected

Windows users will soon be able to send SMS messages from the Desktop with Cortana. The feature is still in development, but it has already appeared in recent internal builds for Desktop and Mobile. According to WinBeta, the functionality should make its way to all Insiders before Threshold 2.

You can tell Cortana to send messages with voice or by typing, and then the recipient receives the message on his/her phone. Here is a video that demonstrates the new feature:

In addition, Cortana on Desktop alerts about missed calls on the Phone – you can see a pop up notification with options to reply with a text or ignore.