All About Windows Phone has done a shootout comparing the imaging capabilities of the new Google Nexus 5 against the Nokia Lumia 1020. The results show that Lumia 1020 outperforms Google’s heavily advertised cameraphone. In most cases, Nokia delivers far better colors, more details and less noise, compared with the pictures from the Google Nexus 5.

The camera test has been performed in the Netherlands by Felix Hamer with a new 16 GB Nexus 5 and Lumia 1020 with all on auto, flash disabled. For the comparison, the 5 MP images from the Lumia and the 8 MP outputs from the Nexus have been used.

In each test, the crop from Lumia 1020 is on top, while Google Nexus 5 is below.

Indoors: Here, the difference is not so dramatic; Lumia 1020’s picture is as usual well-saturated and sharp 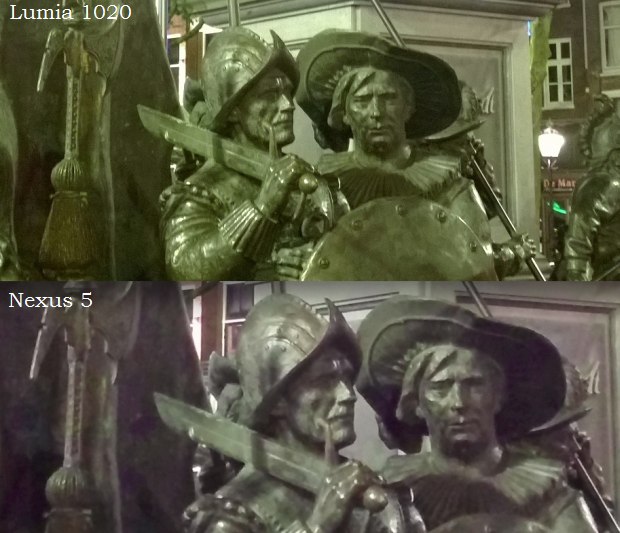 To conclude, the camera test shows that the Nokia Lumia 1020 delivers better colors, less noise and more details compared with the images from the Google Nexus 5. The main reason for that is the huge sensor in the 1020 combined with the oversampling system. As we informed earlier, a new software update will roll out to the Lumia in the coming weeks. The update is expected to further improve Nokia’s imaging capabilities and add RAW support.