Although Windows is a widely used operating system and has captured most of the market share, macOS is a serious contender with more people switching to Apple’s laptops and desktops.

The brand value of Apple is definitely a factor in its rising popularity, and so is the sheer technology used to power these devices. Windows still have some merit, but Macs beat Windows in a lot of important areas.

Apple makes both the macOS and the actual laptop or computer. This contributes to better software and hardware compatibility. The apps, processes, and OS is designed for the hardware and vice-versa.

With Windows, this is not the case. Microsoft is the one that develops Windows but doesn’t sell laptops and desktops. It has a pure software play in the market. Third-party hardware manufacturers sell computers with Windows OS pre-installed, which is not the most optimal solution.

Suppose there is a glitch in the software. In that case, you need a different expert, and if your hardware malfunctions, you would have to take your computer to another expert.

This is a subjective point of view, but by and large, Windows computers are clunky and odd-looking. Compare that to a Mac device, and you are looking at a modern, sleek design that feels very premium. Other manufacturers are very aware of this and try to ape Apple’s designs.

Looks are not a strong enough reason to ditch Windows, but it is a factor that most consumers consider when buying consumer technology.

The Apple computer is an extension of your mobile device. It is designed to be lightweight and portable, especially the Air model, and is very easy to get used to.

You only get exposed to a few settings at a time. One could argue that Windows is user-friendly, but it requires a ton of configuration, which is not the case on an Apple device.

There is an organic progression as you start setting up your Mac.

MacBooks and iMacs are designed for consumers. In keeping with that, there are tons of in-built features that aim to boost productivity.

From the keyboard shortcuts to cut down on the manual effort to using Reminders or Calendar to schedule tasks and stay on top of work, Mac has it all.

Once you use a Mac, you may never go back to a Windows device just because of how easy it is to set up things on a Mac.

One of the advantages of not being a widely used OS is that there are fewer malware attacks, although that is rapidly changing.

But, macOS has tons of security features, from encrypting your files to Firewalls and warning you when you download an app from the internet instead of the vetted App Store.

You should still consider getting a good antivirus program. Still, overall the in-built features provide a lot of comfort to people concerned about data security.

Along with being intuitive, Apple makes it pretty easy to troubleshoot a problem. The Help tab is available in all apps you use. Their support hosts articles covering all problems you might have, and you can fix most things in a DIY fashion. For instance, if your system seems slow, there are at least 20 possible fixes you can try to speed it up all by yourself.

You can always get in touch with authorized centers when something does go wrong. This is difficult with Windows since the OS belongs to Microsoft and the hardware belongs to a different company. You might find yourself running between experts that blame the OS or hardware without being able to figure out the root cause.

GarageBand and iMovie are the go-to standards when it comes to audio production and video editing. These come pre-installed on a Mac. You can try other software on Windows, but it doesn’t match up to the quality that Apple’s software provides. Also, downloading massive apps can considerably slow down your Windows laptop. Still, with an Apple device, the pre-installation makes sure that your device can run smoothly.

Reason #8: You can run Windows on Mac

Using BootCamp on macOS, you can install and run Windows. So, even if you have explicit needs to run Windows for testing or building Windows apps or old websites, you can use your iMac or MacBook to do it.

Both Windows and Mac do have their strengths, but Apple comes out on top when it comes to consumer-facing products. Windows is geared towards IT professionals who need to configure things their own way, both with hardware and software.

What Is Voice Transcription and How Does It Work? 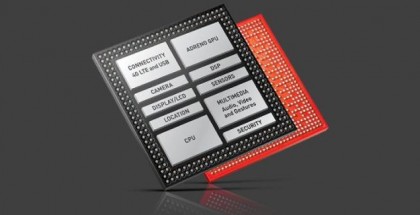 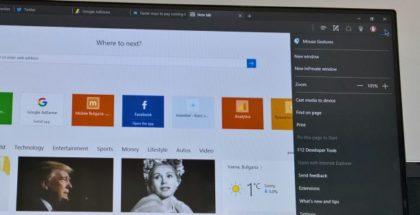