Strategy Analytics has released information about the worldwide tablet shipments in Q3 2016. Windows tablets is the only category with a growth in the tablet market, boosted by the success of Surface and Surface-inspired 2-in-1 tablets. While Android and iOS tablets fell 17% and 6% compared with the same period in 2015, Windows grew with the massive 25%. In the quarter ending September 2016, Windows accounts for 16% of the tablet market, which is not so far behind Apple’s iOS tablets sitting at 20%.

While the overall tablet market continues to slide (-10% YoY) as a number of units sold, the popularity of more expensive Windows 2-in-1s and Surface-inspired iPad Pros has actually pushed the average sale price up 6%. From the report:

“Microsoft has led a transformation in the tablet market with its Surface Pro and Surface Book. Apple is now reliant on iPad Pro for tablet and laptop replacement, while many other PC OEMs abandon Android Slates in favor of more expensive 2-in-1 Windows Tablets for better productivity and versatility.” 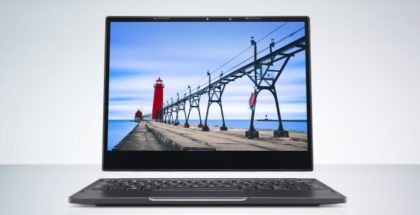