Microsoft keeps its promises in terms of supporting the remaining Windows phones. Devices on the latest official Windows version, the Fall Creators Update (1709), can now install the new security patch for January. Windows 10 Mobile build 15254.547 is available for the Microsoft Lumia 950, 950 XL, HP Elite x3, Lumia 550, 650, and some other phones as well.

Additionally, devices on the previous Windows 10 version – the Creators Update (1703), are now on build 15063.1563. Like any other cumulative updates, these do not add anything new, but only under the hood security fixes.

Microsoft will be supporting Windows 10 Mobile until late 2019, while the news about a new mobile OS and hardware have stopped. 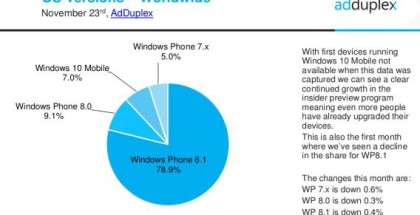