The rumors of a mini version of Lumia 1520 have been supported with another picture showing the future handset compared with an iPhone. The new model codenamed Lumia 1520V a.k.a Viisi is expected to be one of the new Windows Phones unveiled in February during the Mobile World Congress.

The image adds some authenticity to the rumored specs of this device. It looks like the phone might really have a 4.45 inch screen with a 1280 x 768 pixel resolution. Interestingly, it has three mid-sized tiles in a row, currently unavailable for smartphones with such a display size. That means the Lumia 1520v might come with the next major OS update Windows Phone 8.1 (Blue) in April. The update is likely to enable the tiles for the older models with large screens (4.5 inches or larger) – Nokia Lumia 920, 925 and 1020. 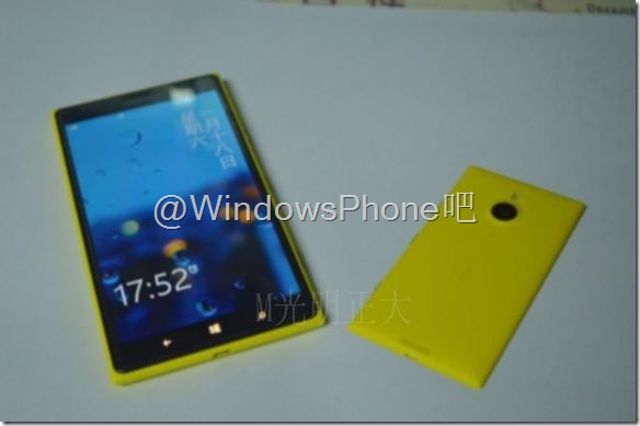