Patch Tuesday updates, part of Windows as a Service, have been released for Windows 10 PCs and Phones. For Windows 10 PC, the update comes with build 16299.64, fixing several issues and bringing some quality improvements to the operating system. As usual, no new features are being introduced in this cumulative update. Updates are also available for PCs on the older versions of Windows.

For Windows 10 phones on the Fall Creators Update (version 1709), the update appears as build 15254.12. The update also includes quality improvements and fixes – all the improvements from builds 15063.726 & 15063.728, and possibly some other under the hood changes. Phones on the Creators Update (version 1703), not officially supporting version 1709, should also receive an update – to build 15063.728 with quality improvements. You can read the official changelogs here. 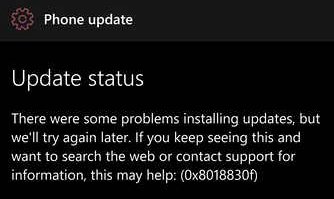 We received an email from a user who was unable to download and install the update on the Nokia Lumia 930. It looks like there is a temporary server-side issue with the update on older phones. The same error message ‘0x8018830f‘ appeared a year ago with build 14393.448. You can try these simple things to upgrade. 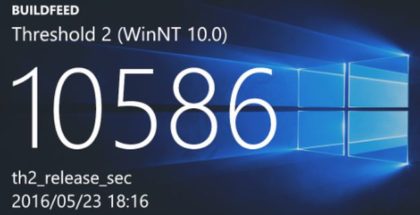