What happens on August 2?

Will all devices get the update on August 2?

Microsoft usually rolls out big updates in waves, which means there could be days or weeks before your device see an update. However, the company informed that the update should start on August 2 with select key devices and then gradually rolls out to the rest. We expect most of the phones and all Surface tablets to be updated tomorrow, while third-party PCs and tablets may need to wait longer.

Which build will be released?

The RTM build for the Anniversary Update is 14393, but the minor version number is still changing internally. The latest build released to Insider Fast, Slow and Release Preview Ring is 14393.5, but there are two newer builds spotted online – 14393.33 and 14393.50. The latest one was compiled on June 29 and still hasn’t passed the public testing via Insider. If Microsoft releases build 14393.5 tomorrow, there’s a chance of a fast cumulative update in the next few days.

What happens if you are Insider?

Stopping Insider Preview builds will put you on the track for official monthly cumulative updates. Microsoft will keep releasing updates for build 14393 in the next 8 to 10 months to all Production devices. Meanwhile, those of you who stay in the Insider program will soon get access to new development builds from the Redstone 2 branch.

The next major update of Windows 10, internally known as Redstone 2, should arrive sometime after April 2017 and it will be focused on Mobile. This update should coincide with new Microsoft-branded devices like Surface tablets and phones. 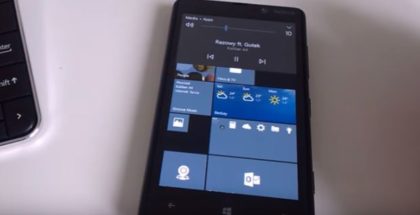