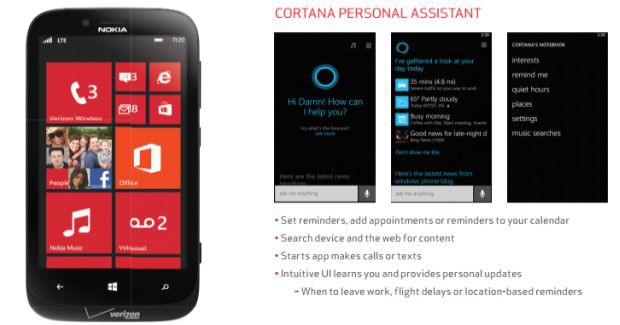 Lumia Icon will get the update in early January

Verizon Wireless has announced today the latest version of Windows Phone along with the Denim update for Nokia Lumia 822 and Nokia Lumia 928. Windows Phone 8.1.1 + Denim can be downloaded by going to Settings -> Phone Update. It might be some time until the update package reaches your smartphone so if nothing happens today, try again tomorrow.

Surprisingly, Verizon is the first US carrier to start rolling out the Denim update which also includes the Cyan refreshment. After installing the update, the Verizon customers will find all latest Windows Phone features like Cortana digital assistant, Live Folders, Action Center, Flow keyboard, performance improvements and fixes.

Verizon’s flagship Windows phone, the Nokia Lumia Icon, will receive the anticipated Windows phone 8.1.1 with Denim/Cyan in early 2015, according to Microsoft.

In addition to the improvements part of WP 8.1.1, the Denim update will also bring to the Lumia Icon some extra features like always-on Cortana, improved Camera app with new imaging algorithms and 4k video recording, Moment and Rich Capture, and Auto HDR.