The US cell phone provider Verizon has released its first Windows smartphone for 2015. The new model, named LG Lancet, is now available on sale for the price of $19.99 (a temporary discount from the list price $69.99) after signing a new 2-year contract or $120 contract-free. You can buy the Lancet from Verizon’s web store.

This phone is not among the best windows phones on the market right now, but it includes some interesting hardware and software features provided by LG.

LG Lancet targets the budget segment. The phone has a 4.5-inch screen with an 854 x 480 resolution, a quad-core Snapdragon 410 processor with LTE support, 8 GB internal storage, 1 GB of RAM. There is an 8MP rear camera recording 1080p videos, and a VGA camera up-front. 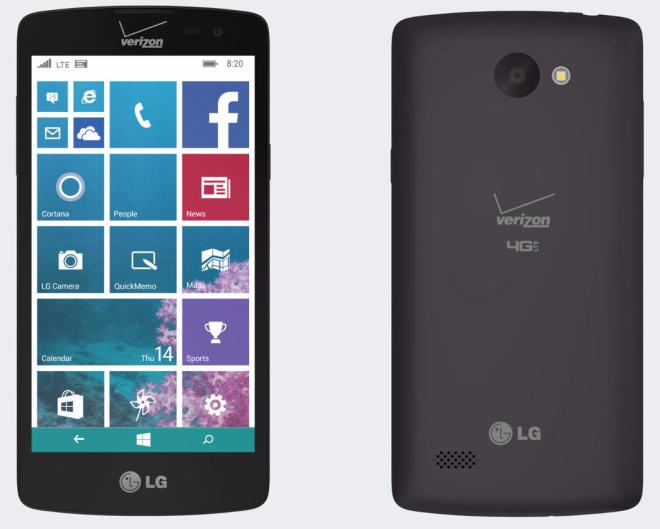 Among the interesting software additions to Windows Phone are: Knock On (the LG alternative to Double tap to Wake up) and Gesture Shot – it allows you to auto capture shots with the front camera through gestures.

Verizon is also expected to release the Lumia 735 in the coming days. This phone will have the Microsoft logo at the front and back, and the same design and specs as the original Nokia Lumia 735 released in 2014. The phone will run Windows Phone 8.1 out of the box and should have a price below $100 on-contract.