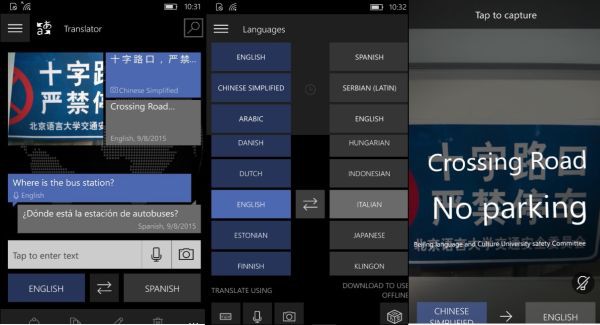 Microsoft has cooked up a Windows 10 version of the Translator app, and the first public beta should be available for download very soon. Translator 10 Beta is already listed in the Windows 10 store, although the download link is not live yet.

The universal Windows 10 Translator will work on PCs, phones and tablets and below you can see a couple of screenshots of the mobile version. It is worth mentioning that these new kind of apps are universal, so they basically are identical across all range of Windows 10 devices, regardless of the screen size.

The new Translator for Windows 10 looks to be on par with the current app for Windows 8.1 and Windows Phone 8.1. You can use camera, voice or keyboard to translate on the go, and even without Internet for some languages.

Here is the link to the store [Translator 10 Beta] 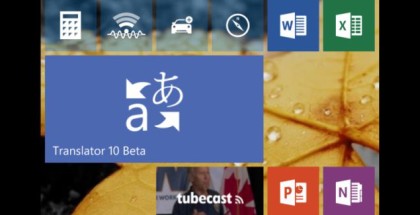 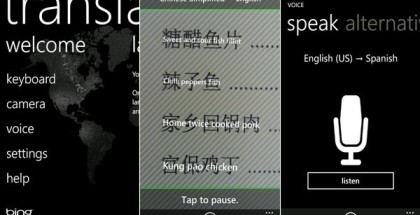