Skype for Windows Phone gets an update which does not bring extra functionalities but introduces a new compact design. If you have a small screen device (4 inches) the new scaling with smaller fonts won’t dramatically improve the UI, but most Windows Phone users should benefit from more content in conversation and people windows.

The updated version now shows 6 people instead of 5, while the chat window displays more messages as a result of the smaller fonts used.

Along with new scaling, Microsoft improves the overall performance by fixing some bugs. Further improvements to the Windows apps will be warm-welcomed by the fans who are criticizing Microsoft for not paying attention to what is happening with its own platform in favor of iOS and Android.

Major apps like Skype and Office Mobile on Windows Phone still lag behind its iOS and Android counterparts. With new unified Windows 10 store and apps working across all types of devices, Microsoft should turn its attention to improving its own app ecosystem to a state that customers say: Wow, this is really great! I want a Windows Phone. 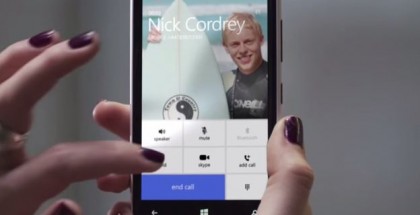 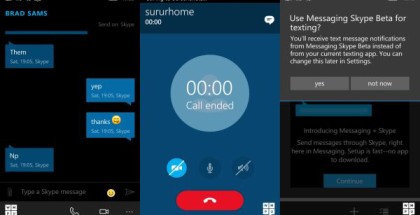 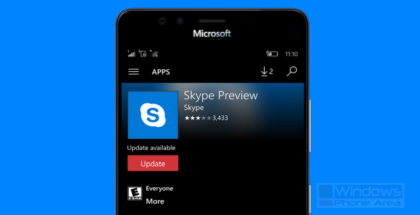