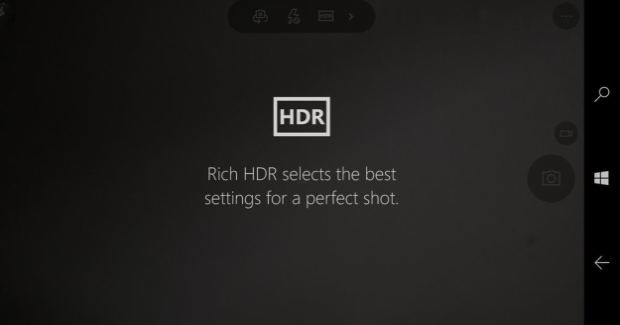 The Windows 10 Mobile Camera may get new features soon

Microsoft is testing new features for the Windows 10 Mobile Camera app. Leaked screenshots from internal Redstone builds of Windows 10 Mobile show us that the Camera app in development has a new pause button when recording videos. The same feature has been available on Desktop for a month now.

The company has also replaced ‘Rich Capture’ mode with ‘Rich HDR’, and the feature has a new icon at the top.

It is not known yet if Rich HDR will do exactly the same as the ‘Rich Capture’, or when Microsoft will add the highly requested on/off toggle for Rich Capture/HDR. In the current official version of the app Rich Capture cannot be manually turned on – the two options are Auto and Off.