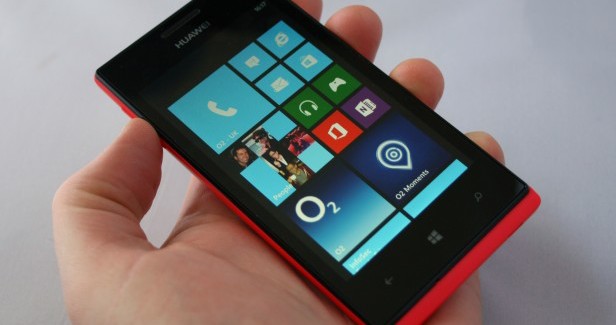 It is a sort of surprise that Huawei offers a device with Windows Phone 8 as there are not many companies willing to launch handsets with this operating system at the moment. Huawei Ascend W1 is a very good budget offer with satisfying specifications for its price, which is £119 if you buy it on Pay As You Go from O2. It has a 4-inch display, 1.2GHz dual-core processor, 512MB of RAM, 4 GB internal storage, and a 5 MP camera.

Even though Huawei`s Android phones have pretty cheap look, Huawei Ascend W1 is not the case. It has a beautifully looking black body (offered in few more colors like blue and pink as well) as the front finish is covered entirely by a glass. The rare finish is rubberized and helps the phone to stay comfortably in a hand. The well rounded edges of the device also contribute to the nice feeling. It is quite slim for a budget phone with its 10.15 mm. 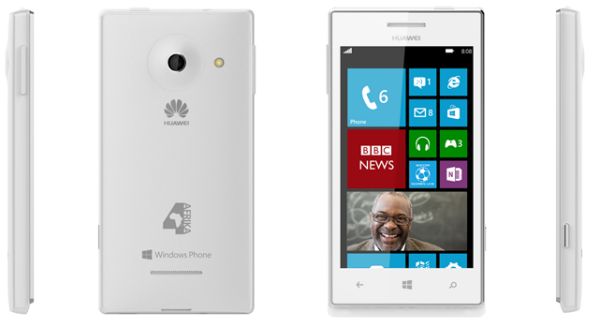 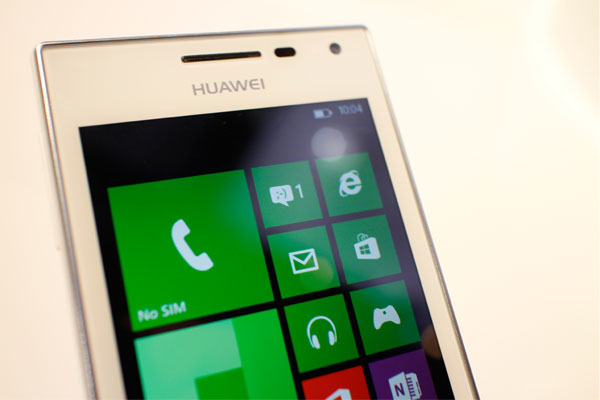 Huawei Ascend W1 possesses a responsive 4-inch display with 480×800 pixel density which is not something spectacular. However, for a budged model these specifications are normal and the fact is that the quality of the screen is quite better than the Android alternatives. For the handset Huawei has used an IPS LCD display made with the One Glass Solution technology where the gap between the screen and the protective glass is eliminated. As a result, the display is sharper and clearer. For its low resolution it shows quite sharp performance. It has wide viewing angles for its range, especially compared with the Android competitors. In terms of the colors, they look natural and warm. The display has enough brightness and sharpness so that its readability outdoors is satisfying. 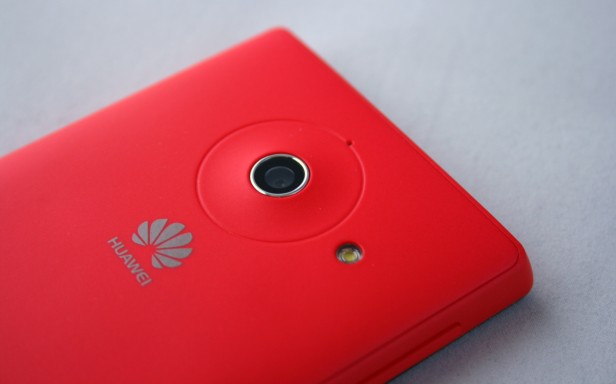 The camera receives our lowest grade. It could compare with the competition of the same range except Nokia`s such as Lumia 520 and Lumia 620. But overall it is disappointing. Huawei Ascend W1 has a 5 megapixel rear-facing and 0,3 megapixel front-facing cameras. At least with the latest you can do video callings. Taking pictures with rear camera is a soft of a wager because of the varying results. Due to the weak color balance and focusing the quality of the pictures differ widely from picture to picture. The pictures often are grainier and noisier than expected. 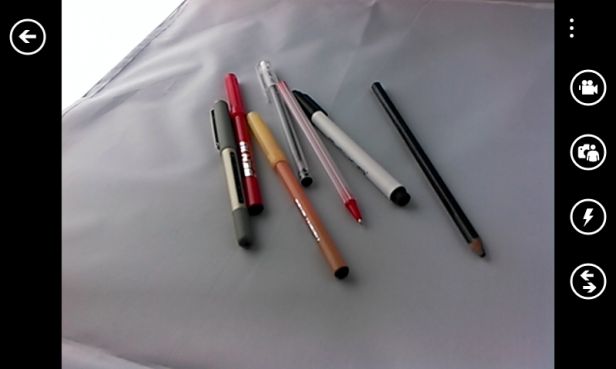 The quality also suffers in low-light conditions. At least this is compensated by presence of a LED flash. 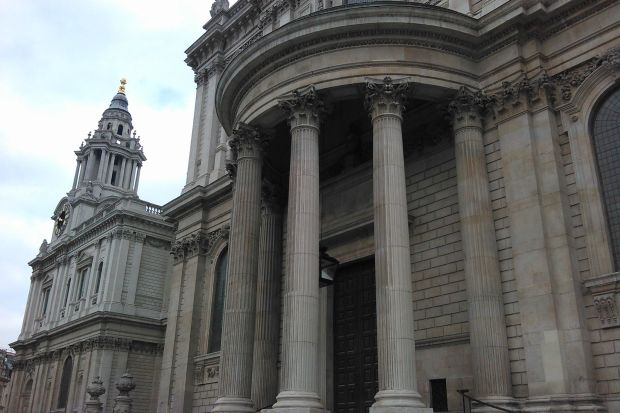 Like every Windows Phone device you are able to start the camera in standby mode by pressing and holding the dedicated camera button. Other weakness compared to Nokia`s devices is the camera software. The device lacks the stunning camera apps made by Nokia and relies on rest offerings in the store. The camera makes HD video only up to 720p resolution which is disappointing as well. Overall, the camera is a sort of satisfying for a budget phone, but could not compare to the hi-end devices at all. 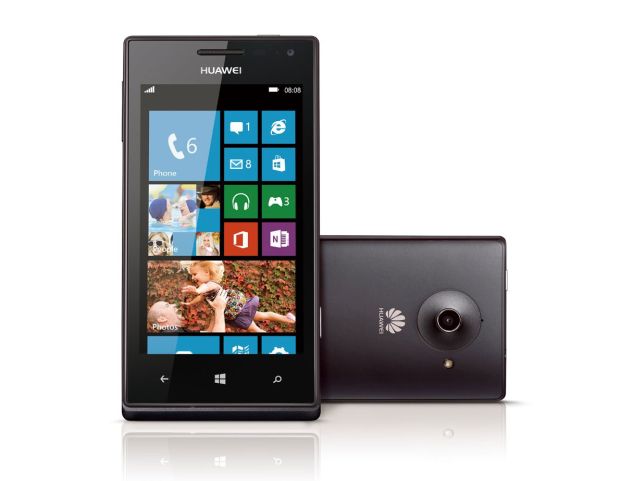 Huawei Ascend W1 has a dual-core 1.2GHz processor backed by 512 MB of RAM which seems little for a device of this range and price. However, thanks to the optimized OS the device shows good benchmark ratings. The built-in storage is 4 GB which is rather insufficient. Having the OS installed you have only around 1.88 GB at your disposal. Frankly, this is not sufficient even for apps, what about storing pictures and videos. Fortunately, the device has a microSD card slot where you can add up to 32 GB storage for your multimedia. The device is powered by 1,950mAh removable battery which we consider sufficient as it provides a day and a half of stable usage.

Huawei Ascend W1 is a nice budget device which beats for the most part the Android competition. However, it is not comparable to the Nokia`s devices in the same niche, especially when it comes to the camera, camera software and internal storage. 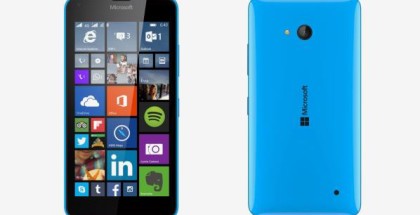 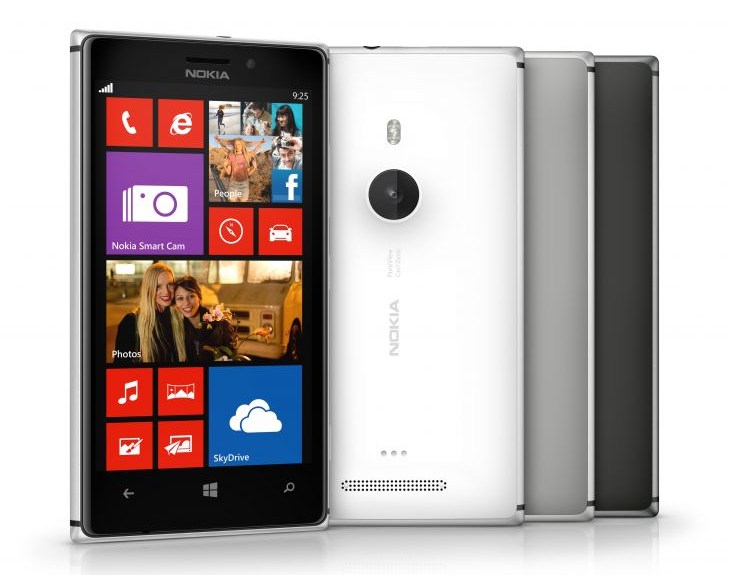 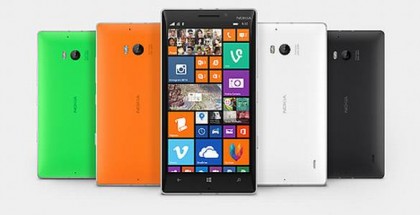 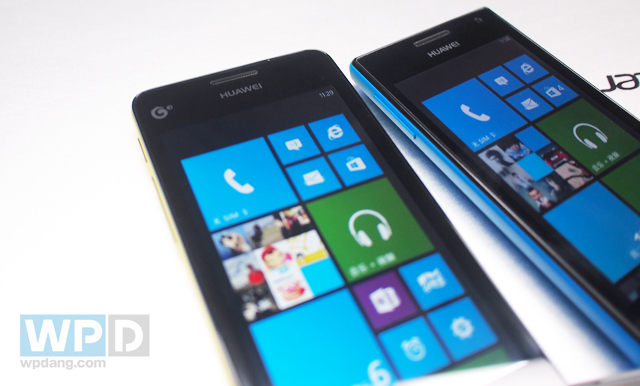