GSMA announced all winners of the 19th Global Mobile awards at the Mobile World Congress in Barcelona. Nokia got 3 awards – Nokia Lumia 520 took away the ‘Best sub-$150 smartphone’, the Nokia 105 was awarded the ‘Best entry-level phone’, while Nokia Solutions and Networks (NSN) took away the award for ‘Best Mobile Infrastructure’.

Nokia Lumia 520 has been the top selling Windows Phone device that helped the platform grow in size and reach many new customers. According to AdDuplex, the Lumia 520 is still the most popular Windows Phone with a market share of 33.3% of all active smartphones. The second most-popular device is the high-end Lumia 920 (7.4%), followed by Lumia 620 with 7% and Nokia Lumia 720 with 5.6%. 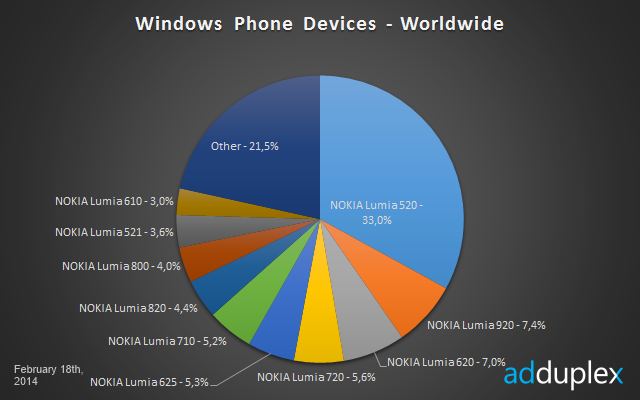 While we are waiting to see new manufacturers to embrace Microsoft’s mobile platform, Nokia remains an absolute dominant (91.6%) on the Windows Phone market, followed by HTC (5.1%) and Samsung (1.4%). 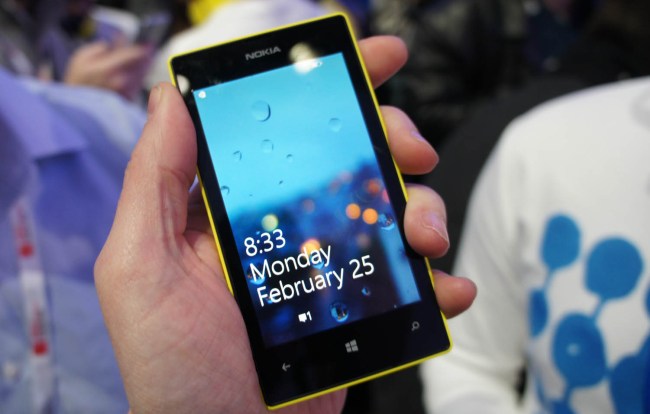