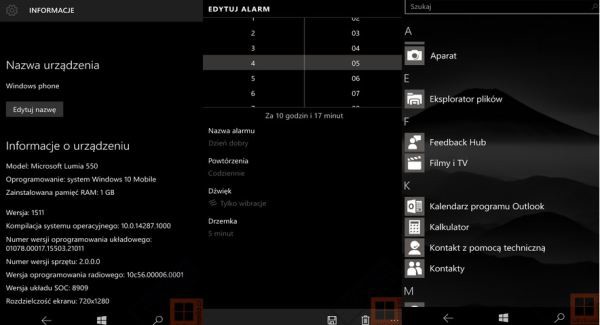 Windows 10 Mobile 14288 is under internal testing

This week, Microsoft rolled out the second test Redstone build of Windows 10 Mobile to the Insiders on the Fast Ring. Build 14283 brought some new features and many fixes over the first build, but the company has apparently made further improvements to Windows 10 Mobile Redstone 1.

In addition to usual bug fixes, the last Redstone build includes an updated Alarm app – the alarm name field has been moved down the list, and the ‘time’ section does not cover the information below.

Microsoft may release the next preview build of Windows Mobile (Redstone) to the Insiders in the coming days. The Redstone builds are currently available only for phones that shipped with Windows 10 Mobile but Microsoft will add support for more devices along with the official Windows 10 Mobile update.

Yet another Insider Preview build for PC and Mobile released this week... June 24, 2016 | Windows Phone Area