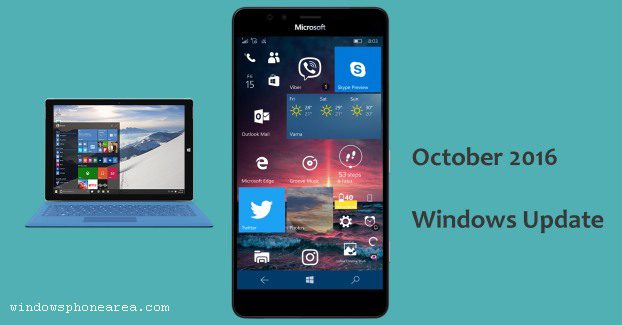 Microsoft to release new builds for Windows 10 this week

Microsoft is expected to release new updates for both Windows 10 and Windows 10 Mobile today, including an October cumulative update for Production devices, and possible new Insider Preview builds for the Redstone 2 branch. Microsoft is currently analyzing data and feedback from the Internal rings, before making those builds available in the Insider Rings. Insider build 14946, compiled on October 7, is one of the main candidates for a public release. In the next Insider build for Phones, Microsoft is expected to include many small changes and some new features.

The October update for Windows 10 Mobile will probably bring additional fixes and performance improvements over the current official build – 14393.189. Microsoft has recently rolled out Windows 10 Mobile 14393.221 to Insiders on the Production & Slow rings, but a much newer compilation has been spotted online – 14393.347, compiled on October 7.

Last week, Microsoft released an official cumulative update for Windows 10 PC with build 14393.223, but another one could be rolled out this week.

As we expected, the cumulative update for Windows Mobile and PC has been released. Build number 14393.321 is live for non-Insiders, bringing a number of improvements and fixes to Windows 10 devices. Here is the official changelog for Windows 10 build 14393.321 (PC and Phone):