In November 2014, we wrote an article predicting that Microsoft won’t release new flagship devices before Windows 10 is ready sometime in 2015. A few days ago, a new story that went viral on the Net, revealed that Microsoft might release Windows 10 sooner than previously expected. If this is true, then we could be very close to see new exciting Lumia models with high-end specs. A recent rumor on NPU supports the latter assumption and our old article from 2014.

Yesterday, Nokia Power User reported from their sources that Microsoft Lumia 940 and Lumia 940 XL (a successor to the Lumia 1520) are indeed in the works and will be released with Windows 10. NPU further explains that Lumia 940 (5.0 to 5.2 inch display) and 940 XL (5.7 inch) will have last-gen processors, improved PureView cameras (from 24 to 30 MP), and some exclusive features like Iris scanner and Pen support. As far as the new flagship camera phone (Lumia 1040), there is not much new information to speculate on.

In addition to two or three high-end phones, Microsoft is rumored to be working on two new mid-range devices – a successor to the Lumia 830 (Lumia 840) and a new phablet (possible Lumia 840 XL or Lumia 740 XL). The AdDuplex Blog has already revealed an unknown Lumia running Windows 10. It has a 5.7-inch display with fullHD resolution (1080p), so it could be one of the mid-rangers mentioned above.

Some of these phones could be unveiled in the next few months along with Windows 10 or even sooner – at the BUILD conference next week. 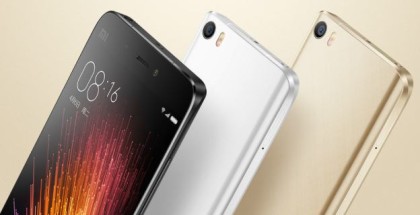