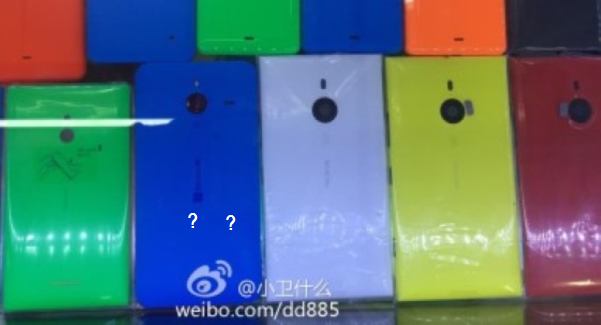 We already informed you about the upcoming low-end Lumia 535, expected to become official on Tuesday next week. Today, Windows Blog Italia wrote about another unknown device which seems to have a 6-inch screen and could also be revealed on November 11.

A new picture leaked from China shows a bunch of dummy Lumias including the Lumia 1520 and the rumored Lumia 525. But there is also a strange unknown phablet next to the 1520 with the Microsoft logo on the back and a design that resembles the 1320 with rounder corners. It’s definitely a 6-inch model with an LED flash above the camera. If we are looking at the Microsoft Lumia 1330, it will be an upgrade to the old 1320 model, a mid-range device with HD screen, quad-core Snapdragon 400 processor and 1 GB of RAM.

Many people believed that November 11 would give us only one Lumia, but now it seems that Microsoft might be preparing more surprises and even a high-end smartphone…who knows.