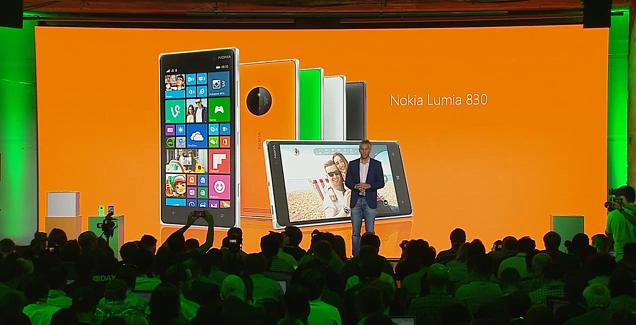 Microsoft’s latest press event is already behind us, and we know everything about the next wave of Windows phones with the Nokia branding at the top. As expected, Microsoft announced three new Lumia phones – the 830, 730 Dual SIM and 735 LTE.

The Nokia Lumia 830 has been described as an affordable high-end smartphone. Priced at just 330 EUR before taxes, the Lumia 830 will be available globally this month. The phone brings the PureView technology to lower price points. There is a 10 MP sensor with OIS on the rear and according to Microsoft this is the slimmest OIS on a Lumia device. The design looks like a mix between Lumia 930 and 1020, but with a smaller camera hump on the back.

The Lumia 830 is a rather thin and light device, made of polycarbonate, with a nice aluminum line around the sides (like the 930). On the inside, the difference between the 930 and the 830 is quite noticeable. The new member of the Lumia line-up is built around an affordable Snapdragon 400 processor at 1.2 GHz. 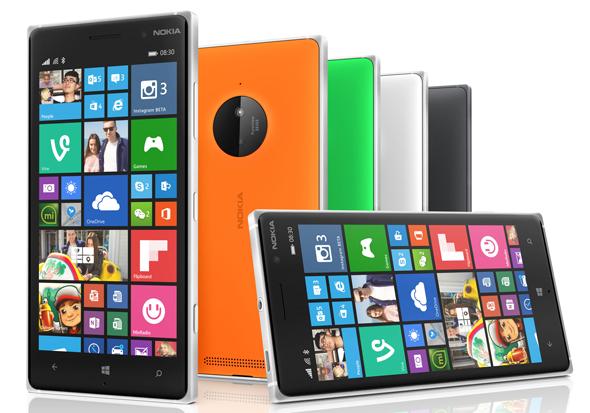 Other specs include a 1 GB of RAM and 16 GB internal storage. Under the removable polycarbonate back (in white, black, green or orange) you can find a microSD slot supporting up to 128 GB, and a decent 2200 mAh removable battery for up to 22 days on stand-by. The new Nokia phone rocks a 5-inch ClearBlack display with Gorilla Glass 3 and an HD resolution (720p). Lumia 830 will hit the market this month and will come pre-loaded with Lumia Denim firmware that brings imaging improvements, Live folders, New Glance Screen, and more new features.

Lumia 730 Dual SIM and Lumia 735 LTE are smartphones focused on front facing camera capabilities. The phones are perfect for selfies and Skype calls. There is a 5-MP wide-angle camera up front with a focal length of 24mm so you can capture more of what’s behind you. To create perfect selfies, there is a new Lumia Selfie app that comes pre-loaded with these phones and will be available for all Lumia devices from today. The remaining specs are: 8 GB storage, 4.7-inch screen, 1.2 GHz quad-core processor, microSD support, 1GB of RAM, 2220 mAh battery, and a 6.7-MP rear facing camera with LED flash. Lumia 730 is priced at 199 EUR, while the LTE version is around 219 EUR before taxes and subsidies. 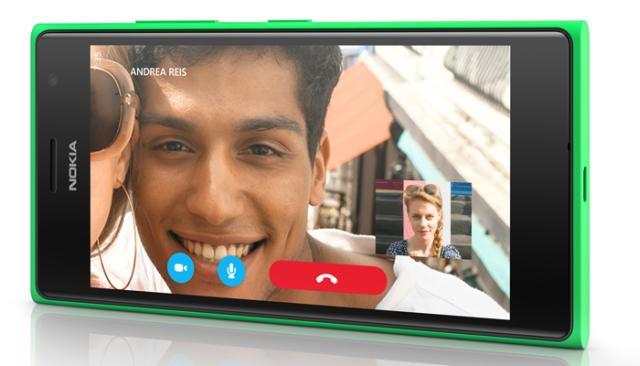 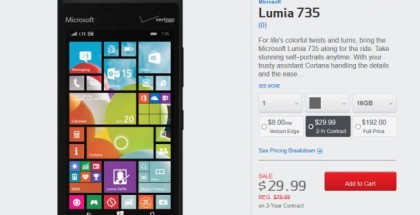 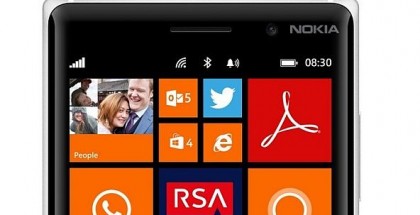