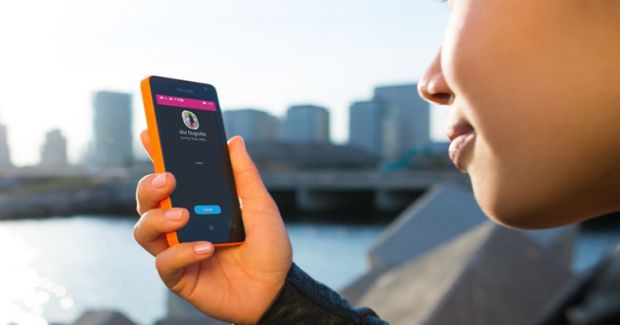 Lumia 430 becomes the most affordable Lumia, goes on sale in April

Microsoft continues with its efforts in the lower end segment by announcing another ultra-affordable smartphone. The Lumia 430 Dual-SIM looks very similar to the recently announced Lumia 435 Dual-SIM, but has an even lower price.

The new model has a 4-inch display, dual-core Snapdragon 200 processor, 8 GB memory, microSD slot, and 1 GB of RAM. There are two cameras on board- a 2-megapixel rear camera with fixed-focus on the back, and a VGA camera for Skype video calls up front. Microsoft Lumia 430 is equipped with proximity, accelerometer and ambient light sensor, and has a 1500 mAh removable battery.

Lumia 430 comes in two colors – black and orange. The phone will be available in select emerging markets in April – Middle East, Africa, India, Asia-Pacific, Russia, and others.

The Lumia 430 Dual-SIM (like the rest of the Lumia line-up) will qualify for the Windows 10 update later this year.