Microsoft may announce the new Lumia at CES next week

We have already reported about an unknown Lumia smartphone with a 5.7-inch display which is believed to succeed the 6-inch phablet Nokia Lumia 1320. After passing through Chinese and US certifications, the rumored Microsoft Lumia 1330 appeared in Indonesia where the dual-SIM version has cleared the certification process. It looks like Microsoft is very close to release another mid-range Lumia, and this could happen at CES next week in Las Vegas or at the Windows 10 event on January 21.

back case of the 5.7-inch Lumia

According to our sources, there will be different variants of the new 5.7-inch Lumia – single-SIM, single SIM with LTE (Lumia 1335), and a dual-SIM variant. The possible specs list includes an HD screen, quad-core Snapdragon 400 processor, 1 GB of RAM, 32 GB of storage, 14MP PureView camera with LED flash, and 5MP selfie camera on the front.

Meanwhile, we learn that Microsoft is working on a low-cost Lumia with a 4-inch display (possibly called Lumia 330 or 430/5) and hardware buttons. The 4-inch Lumia could also debut this month or in March at the MWC in Barcelona. 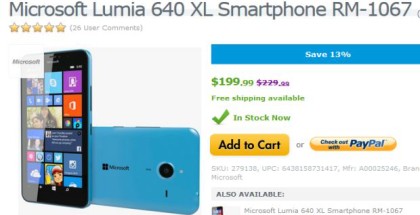