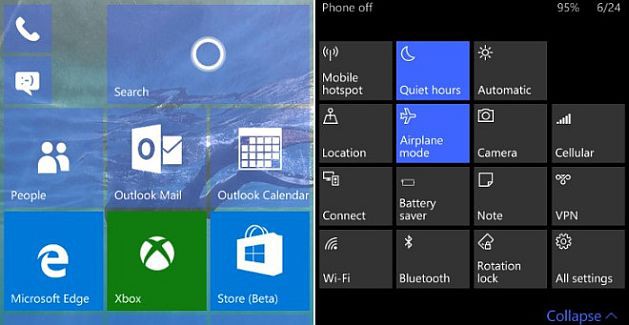 Many changes in Windows 10 Mobile revealed in screenshots

A number of big and small changes to Windows 10 Mobile have been revealed by MSMobile. The website has published screenshots of an unreleased Mobile build 10149, which may hit insiders soon, according to a post by Gabriel Aul, who is responsible for the Insider program and the OS development.

Windows 10 Mobile build 10149 has finally moved the address bar in the Edge browser to the bottom (like the Explorer in Windows Phone 8.1). Microsoft Edge also has a new Hub icon and the ability to switch between mobile and desktop version. 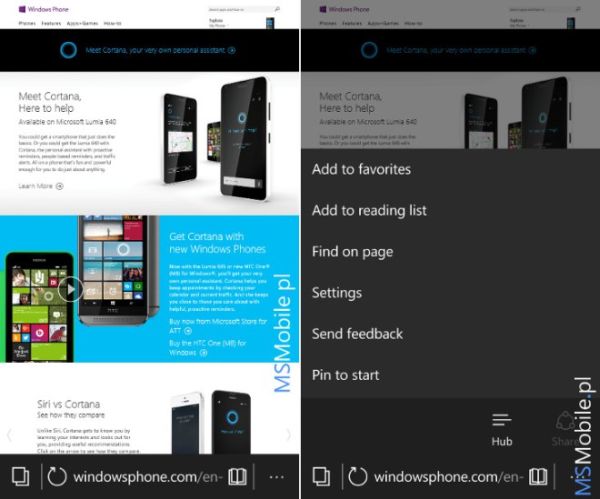 Other changes in this build include the extra (fourth) row of quick shortcuts in the notification center; quick shortcuts for data, flashlight, battery saver and quick note; new volume icons in the volume bar; new app filter view and dark search bar; and other minor cosmetic changes. 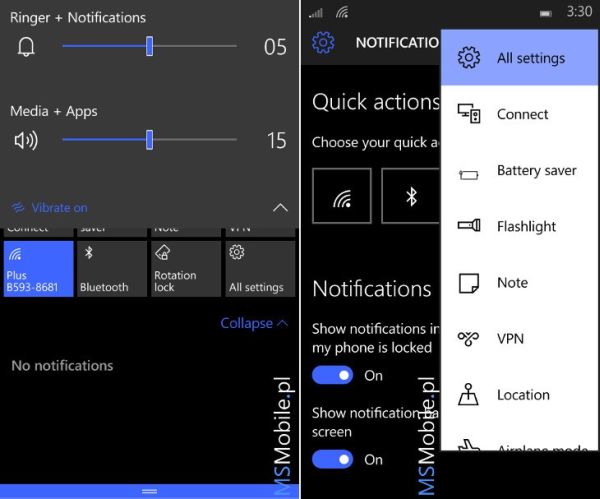 The source also informs that 10149 is much more responsive than the current official build available for Insiders (10136). Meanwhile, Gabriel Aul has teased upcoming new builds for PC and Phone. He doesn’t specify when these new builds will be available to download, but if we are lucky, we should get them before the end of the next week.

@j1cordingley @AndreAramis254 We have candidates for both PC and phone builds that look promising. Reviewing issues and deciding soon.