Leak: A Lumia prototype with a huge camera module 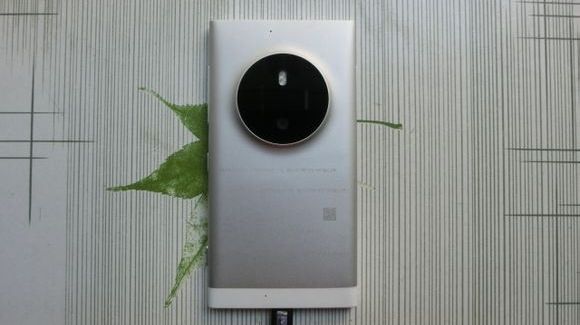 The cancelled McLaren or Lumia 1030?

One of the high-end phones Microsoft is working on is the successor to the camera-centric Nokia Lumia 1020. New leaked photos coming from China reveal a previously unseen prototype with a camera module similar in size to the 1020’s PureView.

If these images are legit, we are looking at an elegant 5-inch smartphone with an aluminum body and Full HD resolution (1080p), 2 GB of RAM, and 32 GB internal storage. On the back we can see a big camera hump, text and plastic strip around the bottom indicating this is now a finished device.

Is this the successor to the Nokia Lumia 1020? We are not sure.

This could be just one of the many unfinished devices leaked from the Chinese factory or a well-made Photoshop. It is strange that there are no physical buttons and Xenon flash which are typical features of the Lumia 1020.

This device could also be the cancelled Nokia McLaren – a smartphone with 3D gestures, which could explain the missing hardware buttons. The McLaren was expected to feature a camera similar to the 41MP PureView, and innovative 3D touch technology allowing users to navigate through menus and perform tasks without touching the display.

Are these images showing us the Lumia 1030/1040, McLaren, another unknown Lumia, a cancelled phone, or they are just fake? Microsoft is expected to talk about its plans for new hardware in late January at a special Windows 10 event. Until then, we can just speculate and hope for something really great.