Microsoft has released some important notes on future Windows 10 Mobile builds. The company is very close to start sharing new preview builds for smartphones and these new builds are expected to be from the ‘Redstone’ RS1 branch.

New Insider ‘Redstone’ builds will be released for devices that run official Windows 10 Mobile. That means you should wait for an official update (unless you have a device that ships with Windows 10 out of the box), before being able to receive future Redstone builds.

Today we deliver our 4th PC preview build, and are nearly ready to start sharing new preview builds for Mobile as well. We will start by making these builds available to devices that shipped with Windows 10 Mobile – the 950, 950XL, and 550 – and expand from there as we release Windows 10 Mobile to other devices.

Microsoft has reportedly finalized a Production build of Windows 10 Mobile and the upgrade is still scheduled for ‘early 2016’. We expect the upgrade process for the older devices to start by mid-February, so they can re-join the Insider program and start receiving new Preview builds.

It’s also important to know that the first Redstone Mobile builds may come with many new bugs, as RS1 is a new branch in development, scheduled to roll out officially in late 2016. 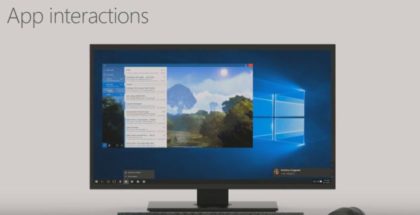