Finally we have some real competition in the Windows Phone Area. HTC has just made its most luxurious smartphone available with a choice of platform so the Windows Phone fans have another option on the market. But how does the HTC One M8 stand out against Microsoft’s current flagship – Nokia Lumia 930 (or Lumia Icon for the U.S). Let’s find out.

Both phones are quite different in terms of design. HTC One M8 uses a lot of metal, while the Lumia 930 comes with a polycarbonate body/back and thin aluminum wrap around the sides. Those of you who have used the Android HTC One know how premium the One M8 feels. HTC One M8’s body has rounded corners, something that traditional Lumia fans might not approve. Nokia 930/ Icon, on the other hand, has a more industrial design and the same great built quality. So, which phone has the better design? HTC or Nokia? It’s a matter of personal preference.

Whatever phone you buy you will have almost identical screens. Both phones come with 5-inch fullHD displays with the same resolution (1080p) and pixel density (441ppi). The major difference comes in the way of the display type, as One M8 for Windows uses an LCD display, while the Lumia 930 is topped with an OLED one. Further side-by-side comparison would give us more information about which phone has better display.

Hardware – This is an area where the HTC One M8 for Windows wins against the Lumia Icon /930. The latter is a model from 2013 which has slightly older innards. The HTC uses the latest Snapdragon 801 Processor running at 2.3 GHz, which offers better battery efficiency. The 930 is powered by the older Snapdragon 800 processor at 2.2 GHz so you can expect shorter battery life.

Camera – 4MP UltraPixel camera vs 20MP PureView camera with optical image stabilization? Although more megapixels and OIS do not necessarily translate into better pictures, Nokia’s technology is a clear winner here. Nevertheless, HTC One M8 has a good, average camera for a smartphone, so if you are not into taking pictures or videos with a phone, HTC One M8 could be a good option.

Software – Lumia 930 runs Windows Phone 8.1, while HTC One M8 runs the latest Windows Phone 8.1 Update 1 that brings several new features (live folders) and improvements. If you live in the States, however, then your Lumia Icon is probably running WP8.0 which already feels ancient. The good news is that you can expect an update in the coming weeks.

If you like rounded aluminium body, high-quality speakers, microSD slot, long lasting battery, and faster 2.30 GHz processor, then your future Windows phone is the HTC One M8

If you prefer Nokia’s industrial design, you love taking pictures and you cannot live without all Microsoft and Nokia’s exclusive apps, then you should buy the Lumia 930/Icon. 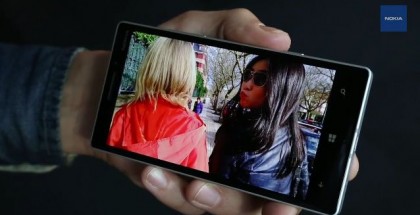