HP Falcon to be announced in Barcelona?

A rumor has it that HP will announce a Windows 10 Mobile device in early 2016. The Mobile World Congress in Barcelona might be the place where HP will decide to announce its plans to return in the smartphone business.

Furthermore, an HP-branded smartphone has already appeared on a benchmark site after testing, and if the information is correct, we can expect a device with a 5.8-inch display with a 2560 x 1440 resolution, 2 or 3 GB of RAM, 64GB of storage, Snapdragon 820 CPU and Adreno 530 Graphics.

The phone, code named HP Falcon, reportedly has a 20MP rear camera and a 12-megapixel front-facing shooter. If everything goes fine, and HP decides to proceed with the smartphone, the company may announce it during the Mobile Congress in February. 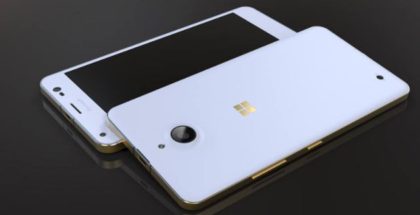