HP Elite x3, the smartphone presented earlier this year, is expected to debut on the market around the Anniversary Update for Windows 10 on August 2. Now we understand that the smartphone will have a second color option in addition to the graphite/chrome version presented to the media. A gold variant has been listed in official specs sheet, spotted by Windows Central.

HP Elite x3 in Gold won’t be available in all countries, but only in a few of them, according to the footnote. We also learn that the fingerprint reader on the back won’t be enabled at launch, but after an OTA update of the OS. At the moment, there is no information whether this support for fingerprint readers will be coming with the Anniversary Update in August, or later via a separate update. 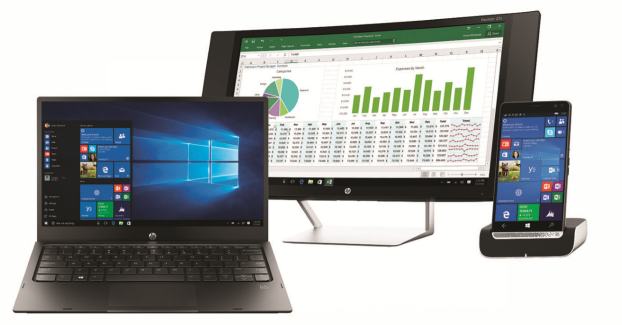 The HP Elite x3 is a business-oriented, super-high-end device with a Snapdragon 820 processor, 4 GB of RAM, 64 Gb of storage, 6-inch quadHD screen, microSD, 16 MP + 8MP camera, and B&O speakers at the front. In addition to the fingerprint reader, the X3 also has an iris scanner for enhanced security. The phone supports Continuum via a Display Dock or a special laptop extender allowing enterprise users to run select Win32 apps via visualization and the cloud.