First ‘Redstone 2’ builds to reach the Windows Insiders in August 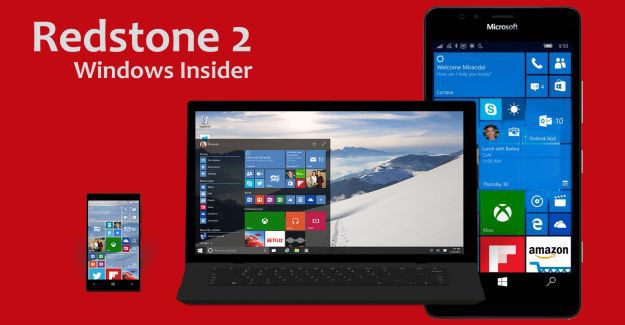 Microsoft is testing OS builds 149xx before the public release

Microsoft is done with the Anniversary Update, a major refresh of Windows 10 internally known as Redstone 1. The company has already rolled build 14393 to millions of PCs and tablets, while the mobile version should hit the unlocked devices sometime in August, maybe as early as August 9th , according to some sources.

But Microsoft hasn’t stopped new development builds coming in. The company is now working on the next major refresh for Windows 10 – an update internally known as “Redstone 2”, scheduled to arrive after April 2017 to coincide with hardware updates to the Surface line-up.

Microsoft has already compiled a couple of builds from the Redstone 2 branch, and the last build for internal testing is 10.0.14901.1000, according to BuildFeed.net. The software giant is expected to re-start the Insider program soon, by rolling out new Redstone 2 builds sometime in August, according to the Insider leader Dona Sarkar.

Are you going to install some of the first Redstone 2 Preview builds on your PC or phone? Let us know in the comment section.