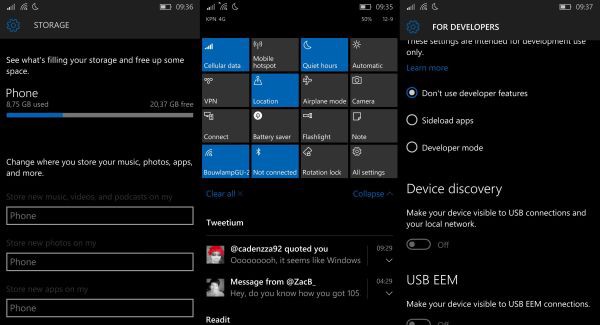 Microsoft will officially release a new build next week

Microsoft promised that we would receive a new build of Windows 10 Mobile on Friday this week, but version 10536 was called off in the last minute due to a serious blocking bug found in the code.

The company informed that a newer build would be released early next week, as soon as the bug is fixed and the new build tested.

Yesterday, a few Windows Insiders informed on Twitter that they somehow received this unreleased build (10536). According to one of the Insiders, 10536 was successfully installed on his Nokia Lumia 930 and the new version is more stable and faster than the previous build.

Keep in mind that this build 10536 includes a major bug that prevents Insiders from installing builds newer than 10536, so our advice is to unsubscribe from the Windows Insider app and wait for an official release next week.