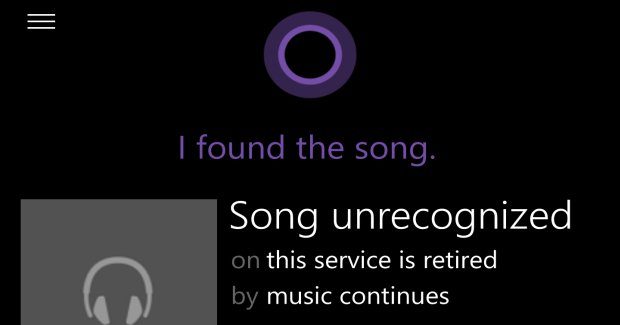 Windows users are left without a song identification service

Cortana has had a song recognition feature built-in from 2014, and it worked pretty well on Windows 10 PC and Mobile. Unfortunately, after Microsoft retired its music streaming service – Groove Music pass – on January 1st, the company also decides that Cortana doesn’t need a song recognition capability. If you now try to identify song with Cortana by tapping on the music icon at the top right, you will see an error and the message ‘Song unrecognized’. 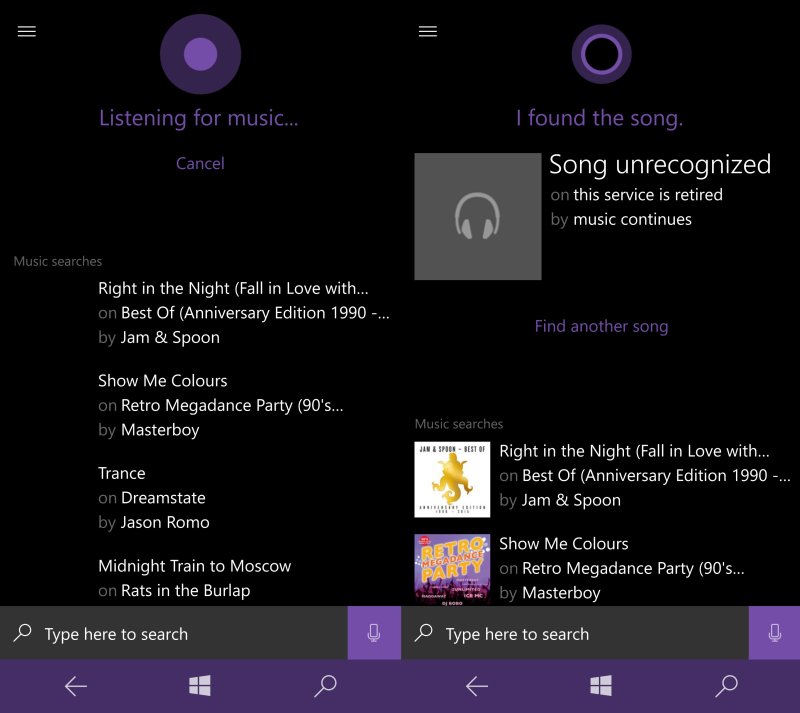 When working, the Cortana music ID feature would show you the song and the album, along with the link to the Microsoft Store to buy it.

Jason Deakins, a Microsoft employee working on Cortana confirmed that Cortana would no longer identify songs:

“Due to the shutdown of the Groove Music streaming service, Cortana’s music recognition functionality has been retired”

Pulling Cortana’s music ID feature could be painful for the remaining Windows 10 Mobile users, who, after Shazam removed its Windows app in March 2017, are left without any song recognition service.