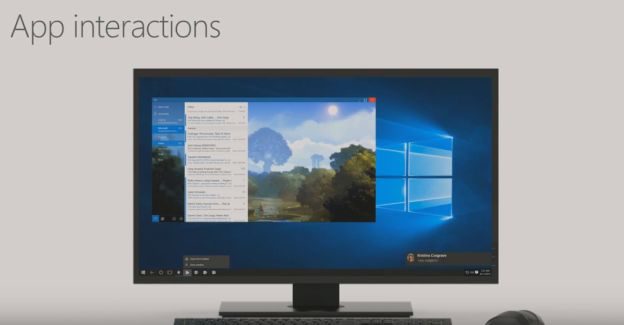 Multi-window and other interesting features coming to Continuum

Microsoft has demonstrated during its Ignite conference the evolution of Continuum for Windows 10 Mobile, and demoed some new features planned for the Redstone 2 update in 2017. With the second major update of the platform after the Anniversary Update, Microsoft aims to make Continuum far more useful and attractive for the end users.

In the video below you can see four big features planned for Redstone 2 update:

Furthermore, the start screen in the big screen will be fully independent, not related to the phone screen, so you could customize the tiles by your preferences.

Continuum for Phones will also be improved with an independent monitor idle, which means you can let one screen time out without breaking the connection. Finally, Microsoft will add a feature called ‘Proximity Connect’ for a quick wireless connection between the phone and the dock or monitor.

All these features represent a logical step forward in the Microsoft’s attempt to mix PC and phone experience in Windows 10. The next stage in Continuum and Windows 10 Mobile in 2017 could coincide with some powerful new smartphones showing the full potential of the new features.